For these Philly millennials, side hustles are about more than making money

Moonlighting, for some, can actually be rewarding 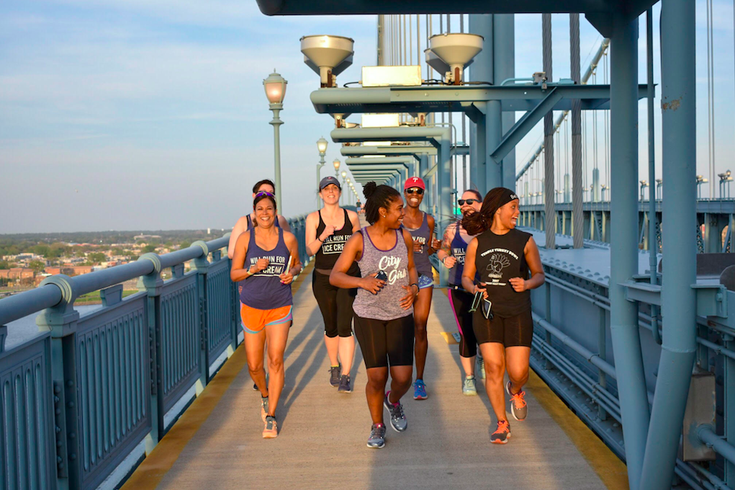 Ryan Ebner likes whiskey. It’s the details that do it for him.

“It’s all about what the distillers put into it; the water, the region, the prep, the equipment,” he said.

“It’s all so different for everyone.”

His admiration for the spirit grew to a new level when he planned his best friend’s bachelor party in Kentucky, where they would take a bourbon tour.

“I started doing all kinds of research into the industry,” Ebner said, noting his intrigue with the barrel aging process.

“A lot of people don’t realize it, but the barrel inputs 60 to 80 percent of the taste.”

Simply put, Ebner was hooked. So much that he started, with a loan from his parents, a full-fledged, locally sourced custom barrel-making business, Anthony Barrel Co.—a nod to his middle name, and his grandfather’s. It was May 2015 when he’d complete his first five-gallon barrel for Kensington’s Red Brick Craft Distillery. Today, the 29-year-old boasts 100 completed barrels, and growing.

A civil engineer at Trauner Consulting in Center City, Ebner said he loves his nine-to-five. But, it’s his side hustle running Anthony Barrel—which he spends at least 20 hours per week on—that makes his life fulfilled. He’s beginning to master the four distinct parts of the barrel-making process: wood, metal, flavor, and assembly. He does all the work at a space he rents in West Philadelphia.

“I’ve always loved working with my hands, and my day job is a desk job,” he said.

“I needed something to interact with the physical environment a bit more, and this helps fill that need.”

Initially, Ebner thought, barrel making could be something that’d help him make some extra cash, quick. After all, it’s pretty typical, these days, for a millennial to have a side job.

“But I was also just as quick to realize that wasn’t going to be a thing,” he said, laughing.

“Money will come, for sure, and even if it doesn’t, it’s a fantastic experience. I’m no longer in it with that thought.” 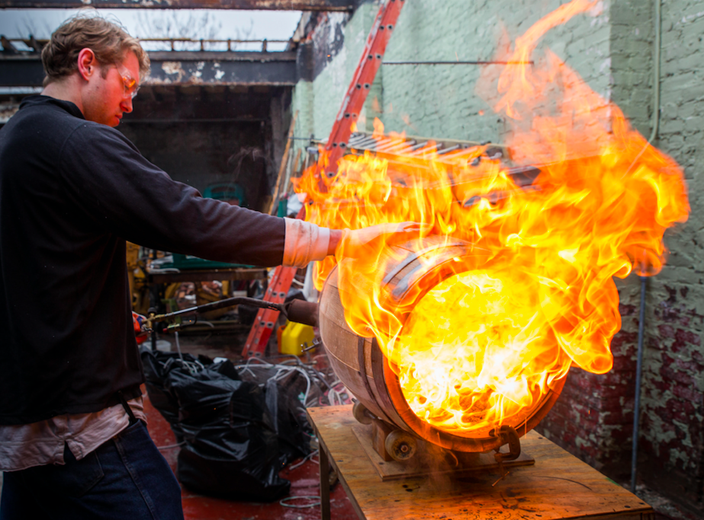 Courtesy of Ryan Ebner /for PhillyVoice

An interesting realization, it’s one that several millennials in Philadelphia are recognizing. They’re working day jobs to balance their desire to moonlight, and their interest to grind past 5 p.m. isn’t always all about the money.

Take Warren Creavalle, for instance. The Philadelphia Union player has been running his clothing and culture brand—Creavalle—with his cousin and some close friends since 2014.

They create clothing, do photography, host parties—“It’s a platform to house ideas and execute them,” he said.

During Creavalle’s busiest days, he’ll work on his laptop from the time he finishes soccer training until the moment he goes to sleep, with a break for dinner and maybe even some short “personal interaction,” he joked, in between.

It takes both time and energy management, said Creavalle, 27, who’s often traveling for work, too. But it’s always worth it, even if it’s not paying any bills.

“It’s a creative outlet, a way to express ourselves and be able to create something—not a lot of feelings can compare to that,” he said.

“It’s an amazing feeling to be able to bring people together with it.” 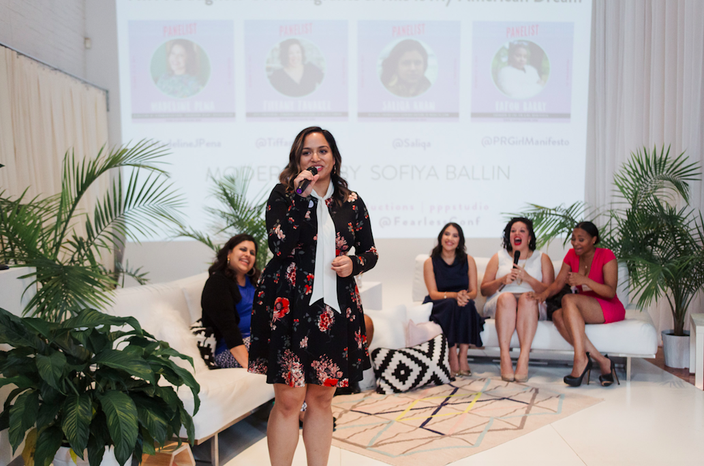 Building communities is a similar tune for Melissa Alam, who has made her work life a consistent hustle—something that she wouldn’t have any other way.

Freelance work—in strategy, design, and photography—makes up most of the 29-year-old’s day-to-day. Even though it’s “not a super easy life,” she admitted, “I do it for the freedom and the fact that I can create my own life.”

On the side, Alam chooses to have even more inventive outlets, by organizing yearly conferences, such as FearlessCon and Study Hall Summit. She even hosts “H$stle House” at her apartment in Fishtown, where she manages chats, workshops, and other intimate events for entrepreneurs.

Alam chalks up her busy schedule, which also includes as much traveling as possible, to never wanting to be bored.

“[Millennials] are constantly on our phones, hopping from one app to the other,” she said.

“There’s just so much to consume. That’s how we also want to live our daily lives.” 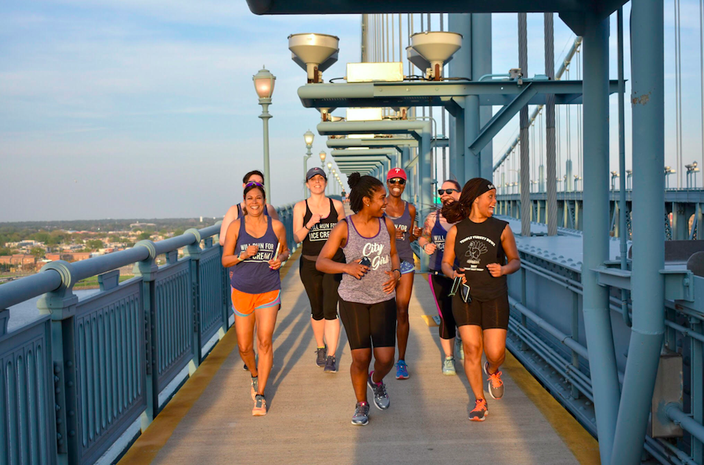 Staying busy has become part of Takia McClendon’s DNA. Chatting close to 9 p.m. on a Thursday evening, McClendon, 30, a Philadelphia Runner apparel buyer, started her day at the Manayunk running store, then visited an apparel line in South Philadelphia, and wrapped up at the Center City location. She never even made it to the University City store, which she regularly manages.

It’s a creative outlet, a way to express ourselves and be able to create something—not a lot of feelings can compare to that."

On top of a busy—but satisfying, she said—day job, she helps run City Fit Girls, a running and fitness community for women.

McClendon co-founded City Fit Girls with Kiera Smalls in 2013. It began with various fitness boot camps, and a regular run club developed a few years later. They now host City Fit Girls pop up runs in cities around the country, manage its apparel line, lead its yearly one-day wellness retreat, and update its website, blog, and weekly email newsletter, among other things.

Depending on the season, McClendon’s clocking anywhere from five to 15 hours per week for City Fit Girls. Even though it’s a for-profit company, she said, they’re definitely “not rolling in the dough. At least not yet.”

So why does she do it? Without hesitation, McClendon said, “to give back.” It’s also rewarding, she said, to “see something you’re so committed to, and what it can grow into.” 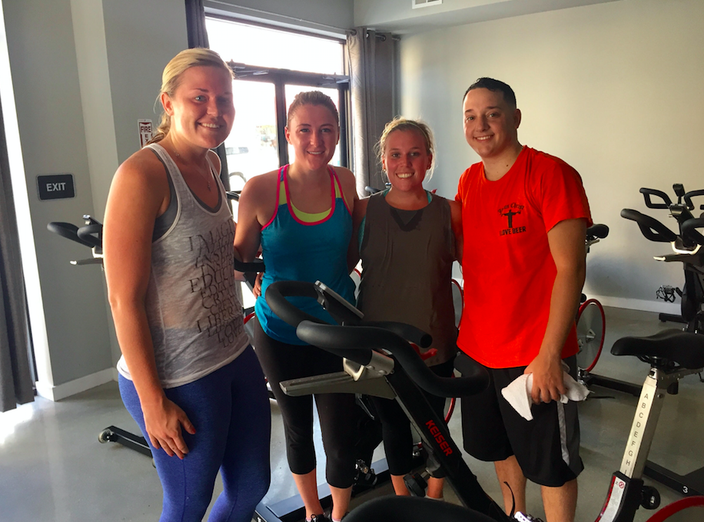 Teaching spin classes wasn’t something that Laura Levering, 27, ever expected to do. She hadn’t even thought of it until the owner of her longtime cycling studio in Manayunk asked her to give it a whirl.

“At that point in my life, I was just getting my actual job established,” said Levering, a second-grade teacher at the Harris School in Delaware County.

“I took my time, and when I was finally ready, I got certified and it all rolled from there.”

That was two years ago. Now, during the school year, Levering will lead at least three or four classes a week, and during the summer, she’ll do six. She admitted it’s a great excuse for a workout—getting paid has been more of an afterthought.

“It’s definitely a perk, the extra spending money,” she said.

“But I use it more as an outlet. Sometimes, I’ll be driving home from work, and I think, ‘Oh my God, I can’t believe I have to go to spin.’ But, when I know 20 people are counting on me to make it, it pushes me to get myself moving.” 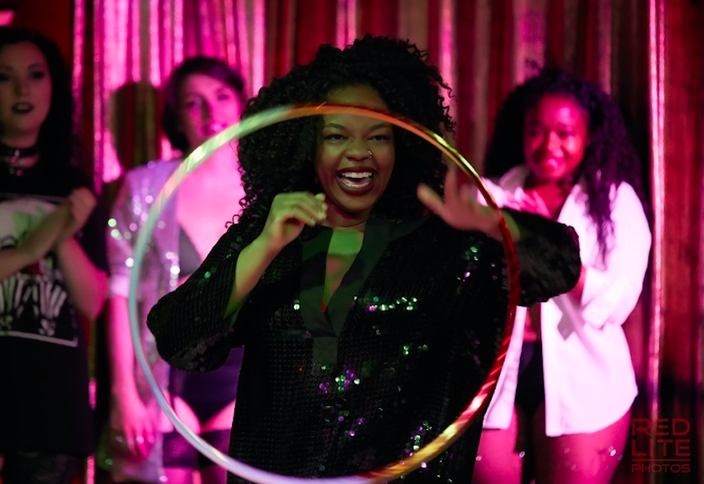 Having enough energy is rarely a struggle for Celeste Sumo. An office coordinator at the nonprofit Children’s Literacy Initiative, she’s taken a liking to dancing and hula hooping on the side. She started Flowadelphia with a friend, creating a community of hoopers in the area. Then she got into burlesque.

New to the scene, she admits she hasn’t made much cash at her shows, except for a few tips from the crowd. She said she does it much more for “self-preservation.”

“I think having something to look forward to—hope—is so good,” she said. “It’s so cheesy.”

Talking candidly, the 26-year-old said she’d encourage everyone to find their side hustle.

“I have this theory that everyone has a bit of something they want to learn more of, or do,” she said.

“It has changed my life to be able to have something like this. When you’re feeling down and everything is rough, find the thing you own and just go for it.”