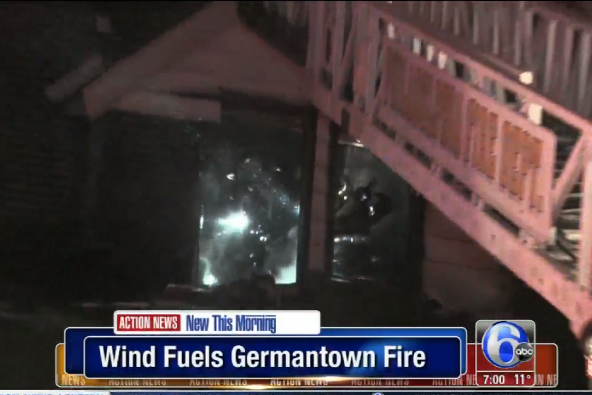 Firefighters respond to the fire in Germantown.

Read More
The high winds and icy temperatures proved to be a barrier for responders to a fire in Germantown, 6 ABC reports.

The fire, which broke out early Sunday morning in a 2-story row home on the 300 block of Berkley Street, filled the basement and first floor of the home.

The freezing cold caused ice to cake one of the hoses used by the firefighters as well as their uniforms, and one hose broke, spilling water on to the street.

Along with this, the overwhelming winds fueled the fire.

Everyone in the home was able to make it out safely, and investigators are looking in to what started the fire.