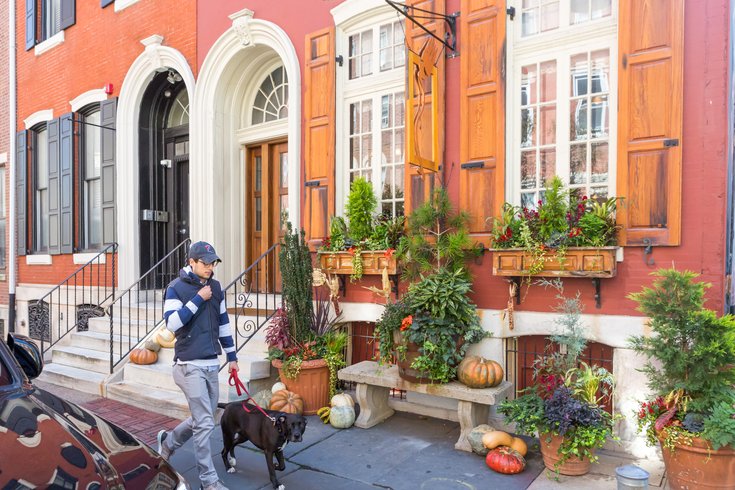 Vetri Cucina, at 1312 Spruce St, is one of the 100 best wine restaurants in the country, according to a new list from Wine Enthusiast magazine.

But the city can hold its own on the other end of the food world spectrum as well, according to Wine Enthusiast magazine, whose new list of the 100 best wine restaurants in the country features a pair of Philly spots – one old and one new.

Vetri Cucina in Center City, considered for decades one of the city's best half-dozen restaurants, earned a nod from the magazine, as did The Love in Rittenhouse, which opened in 2017 to rave reviews.

The magazine's list features a blurb on what makes each restaurant great when it comes to serving up wine in "thoughtful and exciting ways," as well as a quote from the restaurant's sommelier, and a dish loved by the magazine's writers and editors.

Here's what they had to say about Vetri Cucina:

"Despite being over two decades old, this elegant, Italian-influenced stalwart remains a must-visit, with Chef/Owner Marc Vetri and team constantly searching for new, interesting flavors. The wine cellars, meanwhile, collect bottles from Italy and beyond to pair with nightly changing tasting menus."

The magazine loved the casoncelli alla Bergamasca, a stuffed pasta with amaretti, sage and pancetta.

And here's what they had to say about The Love:

"This charming 100-seat restaurant has been winning hearts since it opened in 2017. Though the buttermilk fried chicken remains the must-order item, seasonal food and beverage offerings have continued to evolve. The wine selection is divided into ever-changing mini-lists like like 'Sunny Day Sippers' and 'Ladies With Legs.'"

If you're looking for a spot with good food and a robust wine program this weekend, these are probably two great places to start.