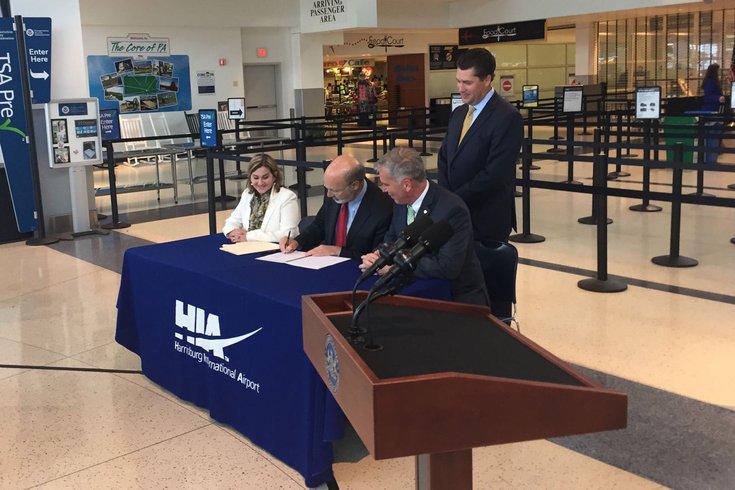 With a deadline looming, Gov. Tom Wolf signed a bill into law this week that will allow Pennsylvania driver licenses and identification cards to comply with enhanced federal security standards.

On Friday, Wolf approved the Pennsylvania REAL ID Compliance Act, which paves the way for state officials to issue new IDs that meet new federal guidelines. Without the law, state residents who don't have a passport would have been barred from boarding flights and accessing federal buildings.

“Senate Bill 133 will allow PennDOT, and the U.S. Department of Homeland Security (DHS) to work closely ensure that when Pennsylvanians travel to the airport or need to visit federal facilities, they are able to move safely and freely, and without disruption,” Wolf said.

The deadline for the state to comply was June 5 after DHS granted a five-month extension in January after Wolf and state legislative leaders requested more time.

Beginning January 22, 2018, federal officials will start enforcing the ehanced features and force residents of states not in compliance to present an alternative form of identification. But state officials expect DHS to issue  extensions until new IDs are available.

“The restrictions our constituents are facing if we continue to not comply with the Federal government are truly burdensome, said state Sen. Kim Ward, the bill's primary sponsor. "I am hopeful the U.S. Department of Homeland Security will view what we have done in Senate Bill 133 favorably and no Pennsylvanian needs a passport to get into a federal building or on a military base or to fly just within the United States.”

PennDOT estimates REAL ID-compliant cards will be available by March 2019, but residents can choose to opt out of the program.

“As we define our path forward to compliance, we’ll have to enhance building infrastructure and make process and system changes," PennDOT Secretary Leslie S. Richards said.

A report detailing the cost estimates is due in 90 days.