The vaccine will protect 360,000 kids in three African countries every year 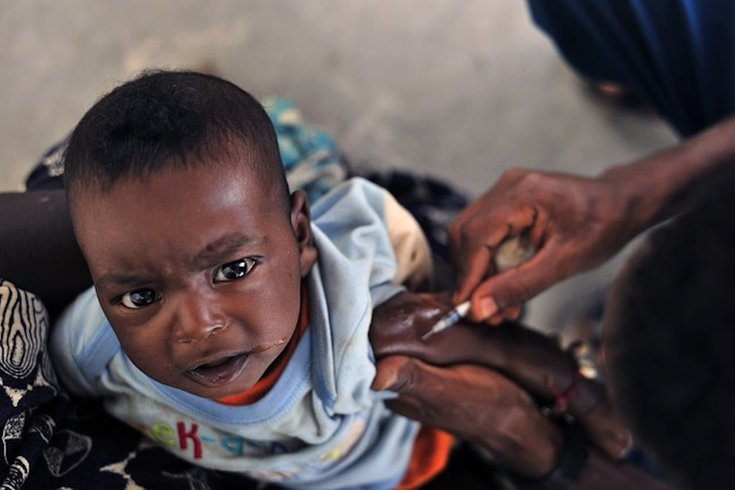 This vaccine was nearly 30 years in the making.

The World Health Organization (WHO) announced Tuesday that the African country Malawi will launch a pilot program to administer the world’s first malaria vaccine.

The vaccine, known as RTS,S or Mosquirix, was approved in 2015 by the European Medicines Agency, according to the Associated Press. The vaccine was found in trials to have a 30-percent success rate in children who received four doses. But this protection was also found to diminish over time. There are some side effects of the vaccine, including convulsions, pain and fever.

Africa was home to nearly all — 88 percent — of the world’s total cases of malaria in 2015, according to WHO data. Malaria is a life-threatening disease transmitted to humans by bites from infected mosquitos, according to WHO. One of the world's leading killers – it claims about 435,000 lives annually – the parasitic disease takes the life of a child every two minutes.

According to WHO, the vaccine will be available to children up to two years old in Malawi, in addition to Ghana and Kenya, which will join the pilot program in the coming weeks. The program aims to reach 360,000 children annually in those three countries. The Ministries of Health will determine where the vaccine will be given, with a focus on areas with higher rates of malaria transmission.

“We have seen tremendous gains from bed nets and other measures to control malaria in the last 15 years, but progress has stalled and even reversed in some areas. We need new solutions to get the malaria response back on track, and this vaccine gives us a promising tool to get there,” said WHO Director-General Dr. Tedros Adhanom Ghebreyesus. “The malaria vaccine has the potential to save tens of thousands of children’s lives.”

GlaxoSmithKline, the developer of the vaccine, is donating up to 10 million doses for the pilot program.