Andrew Kelly was using as many as two heroin bundles each day by the time he admitted he had an opiate problem.

“Just to function, just to get through a day, I had to wake up and have at least three or four bags,” Kelly said. “Kind of like my coffee in the morning.”

Kelly, 25, of Drexel Hill, has not touched opiates since he spent 18 days in rehab more than one year ago. He said his road to recovery has been difficult, but credits much of his success to naltrexone, a non-narcotic drug treatment that has gained popularity among addiction specialists.

Naltrexone mitigates opiate cravings and prevents users from gaining a high off opiates — major advantages in a fight where relapse is commonplace.

A long-lasting, injectable version, sold under the brand name Vivitrol, enables recovering addicts to receive a monthly shot, freeing them from the battle of complying with daily pills.

These advantages, Kelly said, enabled him to focus more sharply on a psychotherapy program designed to restore independence from drugs. He meets regularly with Dr. Herbert Avart, a Delaware County physiatrist who specializes in substance abuse recovery.

“With the help of Vivitrol, it’s given him the time needed to help me learn how to self manage, how to deal with stuff and how to be independent instead of co-dependent,” Kelly said. 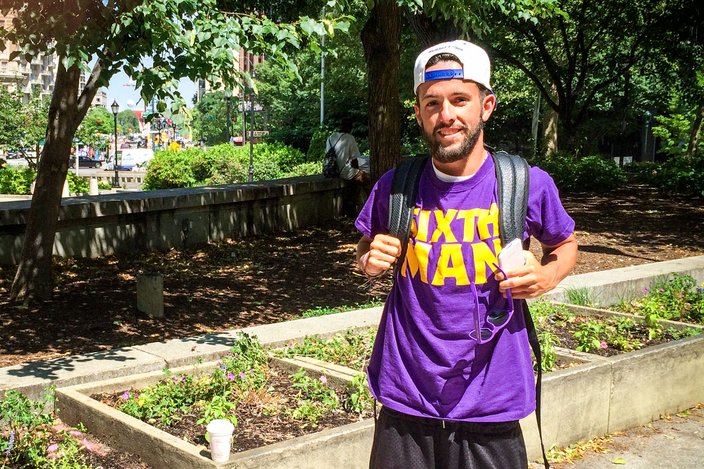 Andrew Kelly credits Vivitrol for enabling him to sharply focus on his therapy program while recovering from a heroin addiction. (JOHN KOPP / PHILLYVOICE)

The path to Kelly’s drug dependence began with teenage experimentations with alcohol and marijuana. At age 16, Kelly said, he began using painkillers. They eventually led him to heroin.

“I never thought I would let any drug, any drink or any form of anything control my lifestyle (or) control my thinking,” Kelly said. “By this time, opiate was my lifestyle. It was the only thing I thought about.”

A moment of clarity, as Kelly described it, led him to rehab for the first time last year. His older brother caught him buying heroin outside his house. Given an ultimatum, Kelly admitted his addiction to his parents and his mental health counselor.

Kelly, who has bipolar disorder, checked into rehab on April 28, 2014. He said he was in such a daze that he does not remember meeting Avart or first learning about Vivitrol.

He already had detoxed, but Kelly said he still had chills and shakes. He couldn’t sleep at night and felt like his skin was crawling. Feelings of guilt and shame — previously numbed by drugs — only added to his struggle.

“I’m having cravings and I’m dreaming about getting high,” Kelly said. “I’m like there’s no way. I don’t give a f--k about how awesome this shot is. There’s no way it’s going to work.”

Kelly received his first Vivitrol injection after 18 days of rehab. Despite the shot, Kelly said his first few days outside rehab were exceedingly difficult. He had vivid dreams of using drugs and woke up to a voice urging him to get high.

But Kelly resisted, in part because he saw the joy on his mother’s face when his parents picked him up from the Livengrin Foundation in Bensalem. He also knew Vivitrol prevented him from getting high off opiates.

“I think the more shots I got, it started to get easier and easier,” Kelly said. “Now, I don’t get cravings. It’s more, I could use. I could get high now. It’s more of a thought than it is a want.”

Kelly had lost that choice, as he described it, long ago. But he thanks Vivitrol for restoring that choice and credits Avart’s psychotherapy program for empowering him to resist temptation.

Kelly admits he has had a few hiccups, succumbing to other drugs on a handful of occasions. But he has not returned to opiates. And he remains committed to getting sober.

“Anybody who says, ‘Just say no,’ to an addict — it’s not that easy,” Kelly said. “I don’t know how many times I’ve cried myself to sleep because just a couple of hours ago I said I would never get high again — and then somebody called me and was like, ‘I got drugs.’

“It’s just not a reality that can be lived. But with Vivitrol, it gives you the choice back. Once you start making the right choice — just a couple times — Vivitrol gives you the option to say ‘no.’ You can say ‘no’ and it works.” 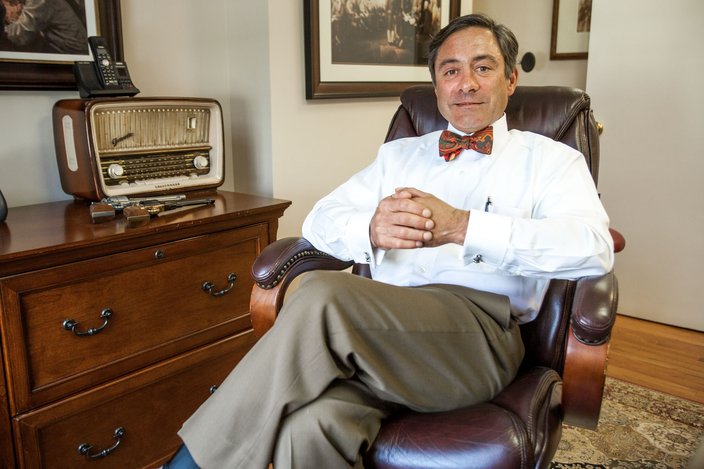 ‘THE GLUE THAT HOLDS IT TOGETHER’

Naltrexone, the non-narcotic drug branded as Vivitrol, has been available in pill form for decades. But until the Food and Drug Administration approved a long-acting, injectable version in 2010, naltrexone took a backseat to cheaper — but addictive — treatments like methadone and buprenorphine.

A study released in April found that only 38 percent of participants — all opiod-dependent male inmates — given Vivitrol returned to abusing opiods within one month of being released from prison. Among the participants that did not receive Vivitrol, 88 percent returned to opiod use.

“It’s the glue that holds it together, to allow you to do whatever kind of rehab you want to do,” Avart said.

Naltrexone serves as a blocking agent, binding to the same brain receptors that opiates do. That prevents patients from obtaining a high from opiates, like heroin. If an addict injected heroin while on naltrexone, he or she would not feel its effects.

“If you don’t have the pleasure of the good feeling, it will not be reinforcing to you,” said Dr. Vishesh Agarwal, a psychiatrist at the Belmont Center for Comprehensive Treatment. “If you use naltrexone, it prevents that reinforcing feeling and in the remaining treatments, you lose the craving.”

That differs from methadone and buprenorphine, less potent opiates that essentially serve as substitution drugs. Those treatments prevent addicts from experiencing withdrawal and mitigate cravings, but remain addictive by nature.

He and other addiction specialists stressed that addicts cannot recover by using Vivitrol alone. Like other addiction treatments, Vivitrol needs to be paired with an effective therapy program.

“Basically, your recovery — you’re changing your behavior,” DiMonte said. “You’re changing people, places, things, lifestyle, life choices. So that’s going to be in the long run what keeps you sober. No drug alone is going to do it.”

“The stronger you are, the better you perform,” Avart said. “If you condition your body like that, you set up opportunities to protect the brain from negative thoughts and make new connections.”

But Vivitrol also brings some challenges.

Patients must detox for at least seven days before using Naltrexone or risk damage to their liver. That can be a difficult endeavor, particularly given heroin’s withdrawal symptoms.

“The withdrawal symptoms for opiate is very unpleasant,” said Ellen Unterwald, director of Temple University’s Center for Substance Abuse Research. “It’s a very difficult thing to go through. For the patients who go through that in a rehab setting and have support during that period, they could be transitioned to Vivitrol. That’s probably the best way to go.”

The drug also is costly, running at least $1,000 per shot. But addiction specialists say many insurance policies cover the cost in full. Others provide co-pays.

“In the long run, these people have $100 a day habits,” DiMonte said. “It’s a week worth of dope and you get 28 days of sobriety. You don’t have to worry about it. It pays off.”

Kelly said his insurance plan only will cover two or three more shots. After that, he intends to come off Vivitrol.

Is he ready to take that final step, where he must resist heroin’s temptations without the security blanket of Vivitrol? Kelly admits it’s a scary question.

Kelly expects to face temptations. He admitted they popped up as he and Avart discussed ending his Vivitrol treatment. But he also remained confident that he can meet that challenge, saying he has grown into a self-empowered man equipped with a strong support system.

“That’s the best part, I think, about Dr. Avart’s program,” said Kelly, who transitioned to Delaware County Community College following a summer job in Wildwood, New Jersey. “It’s self-empowering. It’s an easier transition to get off of those drugs and to become dependent upon yourself.”