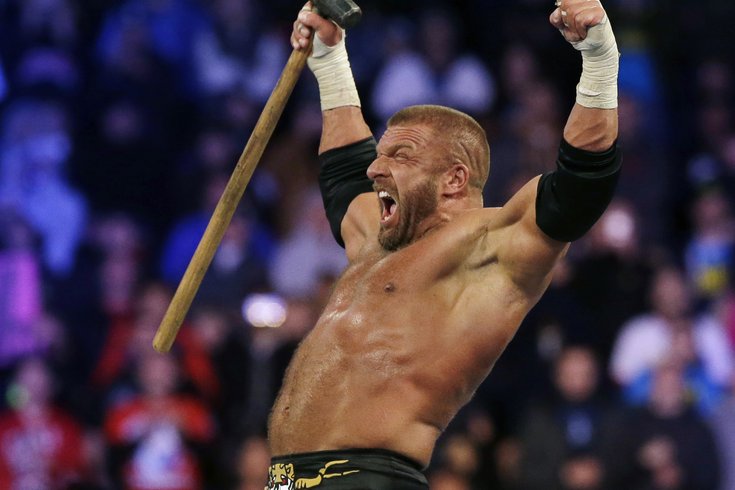 Wrestler Triple H at Wrestlemania in 2013

On Sunday, the wrestling world will descend on South Philly for WWE's second-biggest event of the year, Royal Rumble. On Monday's episode of RAW, however, one of the sport's biggest names, Triple H, shed his bad-boy persona - if only for a minute - to console a crying fan.

That's a big no-no in the world of wrestling. Wrestlers are never supposed to publicly break character, and must always maintain the appearance of reality. In the wrestling world, this is known as kayfabe.

It's unsure what Triple H, now an executive with WWE, did to cause the young fan to cry, but he wasted no time showing that even the scariest men sometimes have a softer side.

Another fan sitting a few rows back caught the exchange and tweeted out photos, including this one of the wrestler consoling the crying boy: 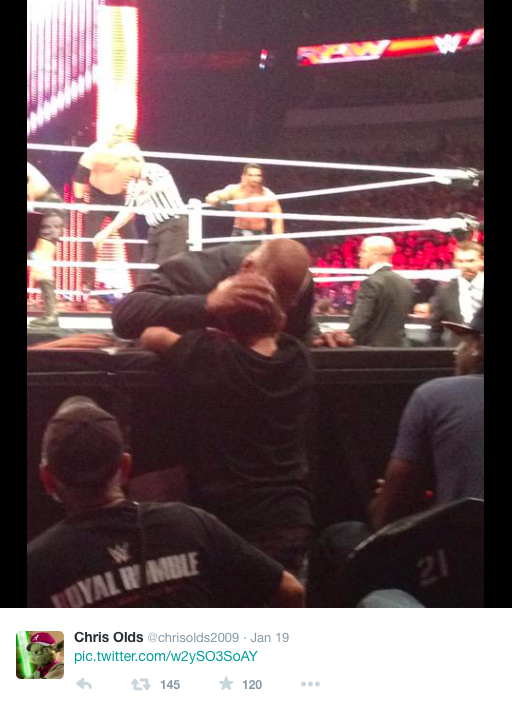 Who says wrestling isn't real? Kayfabe or not, that's one of the most real moments to come out of WWE for some time.