The debate over yoga and mindfulness in schools

They could become the fourth “R” of public education. But does the “R” stand for relaxation or religion? 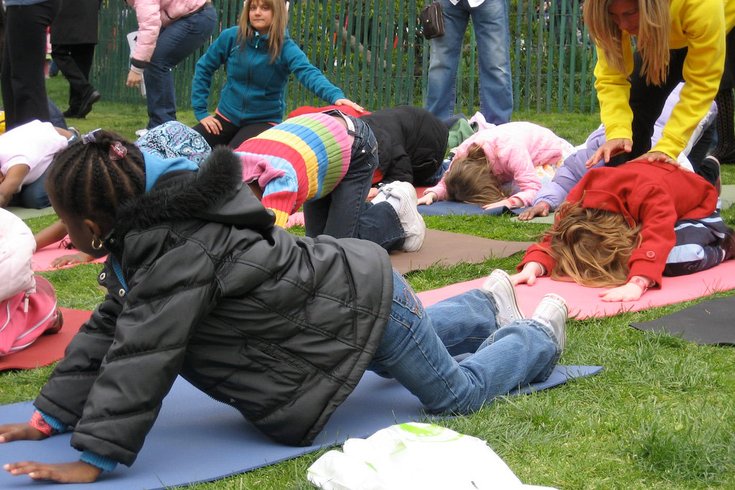 The rise is due in part to more yoga and mindfulness programs being established in America’s schools. A 2015 study found three dozen different yoga organizations offering yoga programs in 940 K-12 schools.

Yoga and mindfulness could become the fourth “R” of public education. But up for debate is whether the “R” in this case stands for relaxation or religion.

In one case, the court agreed that yoga “may be religious in some contexts,” but ultimately concluded that the school district’s yoga classes were “devoid of any religious, mystical, or spiritual trappings.” In two other [Montgomery County] cases in which I testified, yoga and meditation based charter schools were found to violate a state law prohibiting public schools from providing “any religious instruction.”

My research and experience leads me to believe that there are problems with how yoga is being implemented in schools. My goal is not to ban yoga or mindfulness from school settings. But I believe there are legal and ethical reasons to work toward greater transparency and voluntary participation in yoga.

A QUESTION OF RELIGION

Although many Americans believe that yoga and mindfulness aren’t religious, not everyone accepts that the practices are completely secular.

My new book, “Debating Yoga and Mindfulness in Public Schools: Reforming Secular Education or Reestablishing Religion?” examines these issues. The book argues that integrating yoga and mindfulness into public schools could violate laws against government establishment of religion.

The Yoga Alliance, an organization that purports to be the the “largest nonprofit association representing the yoga community,” argued in 2014 that DC yoga studios should be exempt from sales tax because the purpose of yoga is “spiritual rather than fitness.” However, when parents sued a California school district in 2013 alleging that its yoga program violates the prohibition against the state establishment of religion, the Yoga Alliance rebutted that yoga is exercise and “not religious.” Thus, the Yoga Alliance seems to take the position that yoga is spiritual but not religious. Courts have not, however, made this distinction.

In some legal cases the courts have concluded that yoga and meditation are religious practices. A 1988 Arkansas case known as Powell v. Perry, for instance, concluded that “yoga is a method of practicing Hinduism.” The 1995 Self-Realization Fellowship Church v. Ananda Church of Self Realization case classified the “Hindu-Yoga spiritual tradition” as a “religious tradition.”

The Supreme Court has ruled repeatedly that public schools may not endorse religious practices such as prayer and Bible reading, even if kids are allowed to “opt out.” The Court ruled that practicing religion in the classroom is coercive because of mandatory attendance, teacher authority and peer pressure.

“Mindfulness” likewise does “double duty.” It sounds like merely “paying attention.” However, promoters of mindfulness, such as Jon Kabat-Zinn, say they use it as an “umbrella term” as a “skillful” way to introduce Buddhist meditation into the mainstream.

In a Buddhist Geeks podcast, Trudy Goodman, founder of Insight LA and a mindfulness teacher, speaks of mindfulness as “stealth Buddhism,” noting that secularly framed classes “aren’t that different from our Buddhist classes. They just use a different vocabulary.”

Founder of Yoga Ed. Tara Guber has admitted to making semantic changes to get her program into a school district where some parents and school board members objected to it, arguing that it was teaching religion. Guber spoke of how yoga can “shift consciousness and alter beliefs.”

Some research shows that yoga and mindfulness have spiritual effects even when they are presented secularly.

I propose that respect for cultural and religious diversity can best be achieved through an opt-in model of informed consent. That is to say, it may be constitutional for yoga and mindfulness to be available on school grounds, but students should be able to choose to get into the programs, not – as I point out in various cases in my book – be forced to take extra steps just to get out.

Students and their parents must be given enough information about offered programs – including risks, benefits, alternatives, and potential effects – to make an informed choice about whether to participate.