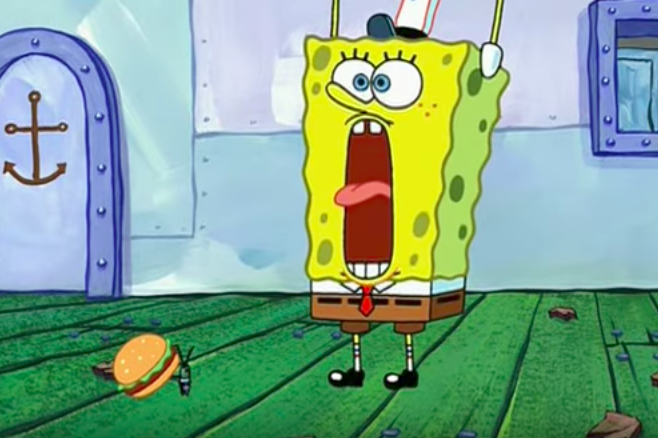 "SpongeBob SquarePants," objectively the best television show – animated or not – in the history of television through its first five seasons, will be celebrated in Philadelphia and other places across the country this coming year, assuming people *actually* show up.

You may have noticed a series of events popping up on your Facebook timeline the past week or so that ask participants to show up at a time and place and recreate one of the more iconic moments from the Nickelodeon show.

In Philly, an event planned for Oct. 14 asks those attending to show up at City Hall and do the victory screech from "The Algae's Always Greener" episode of season three. The event description reads:

Let's take our pride and put it at city hall while we all start yelling "victory screech!!" And then doing the screech.

Similar delightful nonsense is set, at least online, in New York, where attendees are asked to run around Central Park declaring SpongeBob's signature motto, "I'm ready," and in Maryland, where there are plans to recreate the seven-mile spanking machine.

Of course, it's more likely that no one, or hardly anyone at all, shows up to these events. They're probably the product of meme culture and nostalgia intersecting. You click "attending" because it's funny for your Facebook friends to see you're going to the seven-mile spanking machine from the show you watched as a kid, just as you would a birthday party or concert. It's not as out there as "Drive your car off the Ben Franklin Bridge for Harambe," but it's in the same realm.

But wouldn't it be great if people did show up? If the 500 people who said they'll do the victory screech at City Hall confused everyone downtown for a few minutes one afternoon? If a thousand people actually ran around screaming "I'm ready" for four hours in New York's biggest park? Considering all that's wrong in the world, we can only hope something so right takes place.