YouTuber lists 10 lame-*** 'reasons not to live in Philadelphia'

This guy spelled the city's name incorrectly on purpose 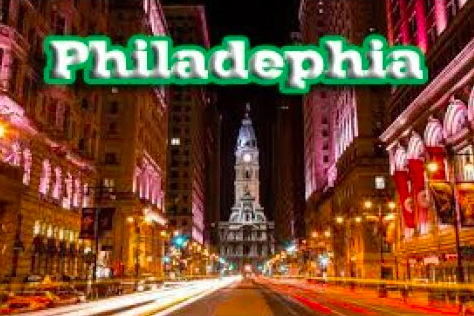 YouTube user World According to Briggs admits he misspells words in order to generate comments on his videos.

In 2018, if you want to start cashing in on YouTube, you really have to think outside the box. You go fishing, you review weird food, you plunder and repost other people's searchable content, or you get your dad fired by Apple for showing off an iPhone. You can't just say, "Hey guys!"

I need to work on my “hey guys” youtube voice, there’s money to be made

Philadelphia, meet World According to Briggs, a fledgling YouTuber whose formula for success is threefold: geographically-based headlines, top ten lists and intentional mistakes in his videos in order to generate comments. He literally admits this in his bio.

He is also a military veteran. We thank him for his service and will now tear him apart.

Over the weekend, World According to Briggs posted a video entitled, "Top 10 reasons not to live in Philadelphia, PA. #2 is really bad."

Conversations about quality of life will always be subjective. WalletHub, Niche and AreaVibes have all done their part to convert urban data into rubrics for livability, but most of the time happiness in any environment will come down to socioeconomic circumstances, personal preferences, adaptability and random chance.

No one would suggest that World According to Briggs — who has sullied the Garp name completely — actually intends for these videos to provide serious analysis. They're a play for visibility and maybe some income.

But for the sake of accuracy, let's debunk these 10 reasons not to live in Philadelphia.

10. Parking in Philly is tough and the PPA is awful

Alright, so no argument there. Shouldn't this be number one, though?

9. Philadelphia is a bad place to raise a family

We covered the Apartment List study referenced in the video when it was released in January 2017. Philly received a "D" grade and a rank of No. 464 out of 510 cities, pulled to the bottom by high levels of crime and a troubled school system.

But you know what? Philadelphia landed a spot on U.S. News and World Report's "2017 Best Places to Live," so it depends on who's keeping score. Crime and educational gaps are challenges in any large city, not necessarily reasons to avoid living in them, especially in comparison to the opportunities cities provide. We also had the World Meeting of Families here in 2015, so...

Are you serious? Bon Appétit said Fishtown's Pizzeria Beddia makes the best pizza in America. Numerous national rankings have selected Philly pizza shops as among America's best. We have our own list of the top pizza places in Philly, none of which will disappoint. The pictures used in this video are not even Philly pizza, by the way. That's a screenshot from "Breaking Bad."

This is semantics. Some places call downtown City Center, and Center City Philadelphia is considered downtown Philadelphia. They are interchangeable. How is this more of a problem than raising a family here?

Because you can't come up with 10 reasons not to live in Philly.

This is outrageously wrong. How about HipCityVeg, Blackbird Pizzeria, Vedge, Bar Bombón, Goldie and V Street, just to name a few that are widely praised even by those who aren't vegan? Look at this map. There are 20 vegan spots that are considered essential.

Alright, but if there's any city that actually benefits from the presence of Comcast — economically and philanthropically — it's Philadelphia.

No one likes paying the wage tax. It's considered outmoded and problematic for both businesses and employees. It's a legitimate reason to be wary, but Philly also remains among the more affordable places to live in terms of housing. And the good news is that the wage tax is going down, if only a little.

Right then, time to move to Mooseknuckle, Arkansas. But seriously, the high rate of poverty in Philadelphia is a major problem. Is it a reason not to be here and embrace making the city a better place, as so many organizations and individuals do? No.

The wisest thing to come from this entire video is a reminder not to inject dogs with cocaine. That's the kind of video that will grow the YouTube channel, World According to Briggs.