Six signs you're drinking too much alcohol 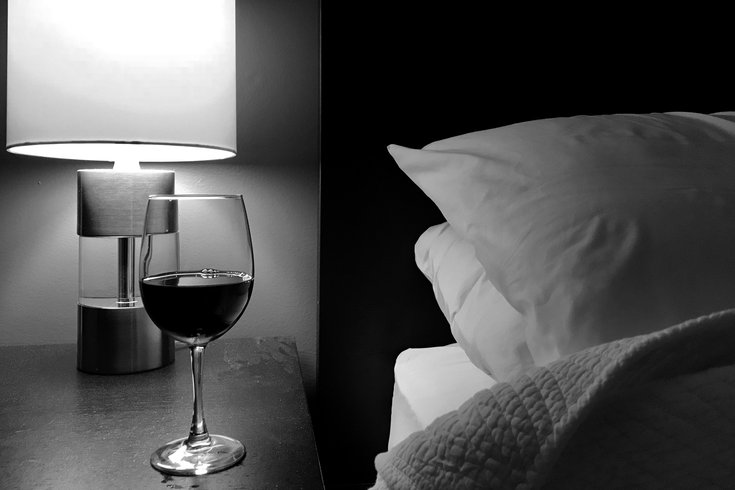 Alcohol has been a part of American traditions for generations. Binge drinking is a practice that too often complements many common situations, including holidays, celebrations and even heartbreak. However, alcohol has long been doing more damage than good, and people are beginning to notice.

In 2014, 16.3 million American adults ages 18+ were reported as struggling with alcohol abuse, a number comprised only of those who have been diagnosed. On top of that, nearly 88,000 people die from alcohol-related causes annually, making alcohol the fourth-leading preventable cause of death in the United States.

Drinking alcohol in moderation can seem relatively harmless and usually just results in an unpleasant hangover. Yet patterns of abuse are very common. From exhaustion to depression, the effects of alcohol misuse or abuse can have drastic consequences on your physical, mental and social well-being.

So how do you know when your drinking has become seriously harmful? This checklist can help you spot the symptoms:

1. You wake up to use the bathroom often

Humans naturally make an anti-diuretic hormone to control the amount of urine in the body, regulating the kidneys to make sure less volume is produced when need be. At night, more of the hormone is produced, meaning we feel less compelled to use the throne. Alcohol prevents the production of this hormone, disrupting the brain and causing you to produce more urine. Multiple trips to the bathroom throughout the night usually means you’ve hindered your hormone production by drinking an excessive amount of alcohol.

Alcohol dehydrates the body, which is why you’ll normally wake up with a dry mouth or a pounding headache after a night out. Alcohol also releases sugars and other substances into your body that are meant to wake you up. Going to bed after drinking hinders Rapid Eye Movement (REM) sleep, which is crucial for helping our brain process mood and memory. Neglecting REM sleep means you’ll wake up feeling more tired, grumpy and forgetful.

3. You reach for booze when you are stressed

Alcohol puts your brain in a depressed state, inducing a comfortable numbness that will make you temporarily forget whatever seems to be bothering you. While it may seem like a solution at the time, depending on a substance for emotional relief can permanently damage the stress-relieving hormones in your brain. Feeling the need to drink for relaxation means you may already be dependent.

4. You’ve felt a decrease in motivation and performance

Fragmented sleep cycles, dehydration and damaged hormone production are three immediate causes of reduced performance. Considering alcohol facilitates all three, it’s directly linked to an unmotivated mindset. If you see a drastic drop in work ethic, it could be due to alcohol abuse.

Alcohol abuse is a taboo subject. If your family, friends or co-workers have hinted their concern for your habit, it’s a good sign the situation has become serious. If you’re afraid to ask a peer if you drink too much, that’s probably a sign that you do. Because of alcohol’s intoxicating properties, it can cause accidents and unintentional actions to take place, which can result in negative consequences.

To put into perspective how intoxicated alcohol can make you, consider this: Alcohol is a factor in approximately 60 percent of fatal burn injuries and drownings, 40 percent of fatal falls and car crashes and half of all sexual assaults, according to the National Institute on Alcohol Abuse and Alcoholism (NIAAA).

6. You let some responsibilities slide

“Drinking is a problem when you notice that you’ve started to neglect things that are important to you for the sake of alcohol,” says Keith Humphreys, Ph.D., from the VA/Stanford University Center for Health Care Evaluation in Palo Alto, California. When a person begins to sacrifice responsibilities due to booze, they are prioritizing it over their status quo — often a sign they are teetering with an addiction.

From sleeping problems to ruining friendships, drinking in excess can seriously damage your life. Globally, alcohol misuse is the fifth-leading risk factor for premature death and disability (among people between the ages of 15 and 49, it is the first). In the 20- to 39-year-old age group, approximately 25 percent of the total deaths are alcohol-attributable.

Drinking less can improve your energy, sleep, relationships and even save you money. For the sake of yourself, your friends and your family, knowing when to put the bottle down can save you from a lifetime of difficulty.