The oat milk trend is starting off strong in 2019 with new vegan ice cream, yogurt products 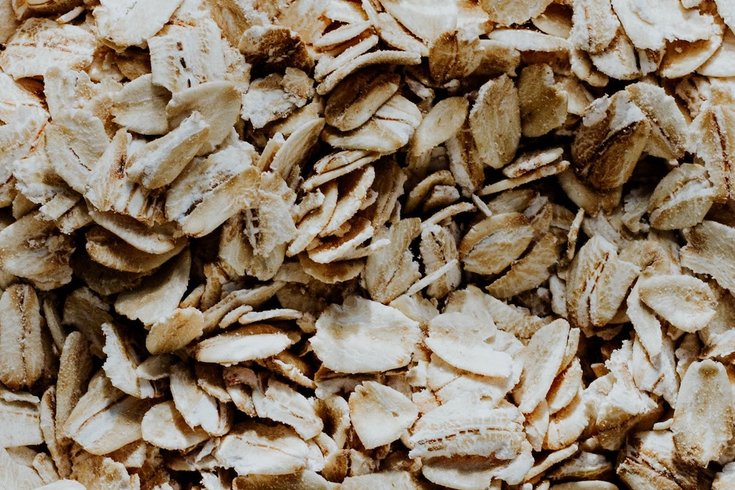 Oat milk — which is, indeed, questionably referred to as milk despite its lack of dairy — was projected by PhillyVoice and other outlets to be a big trend in 2019. So far, 36 days into the year, the projection is on the money.

It was announced Monday that So Delicious, a major purveyor of all things dairy-free — including cheese, yogurt, coffee creamer and ice cream — will launch a line of oat milk-based vegan ice cream.

The line features three flavors: Peanut Butter and Raspberry, with black raspberries and whole peanuts; Oatmeal Cookie, with oatmeal raisin cookie chunks and molasses; and Caramel Apple Crumble, with fresh apples and brown sugar. All of the flavors are gluten-free — which is particularly noteworthy as not all oats are gluten-free — and non-GMO.

This was big news for the vegan community, which responded to the company’s Instagram announcement with an outpouring of excitement, including more than 15,000 likes and 1,200-plus comments.

Meet your spoon’s new best friend—Oatmilk frozen dessert! Crafted with smooth oatmilk and blended with thoughtfully chosen flavors, every spoonful is taste-bud approved. Peanut Butter and Raspberry. Oatmeal Cookie. Caramel Apple Crumble. Oh, and did we mention it’s gluten-free and Non-GMO Project Verified? Get ready to enjoy oat-of-this-world deliciousness. 🥄🌾 🍨 If you haven't yet, sign up for our email newsletter to get a coupon this Thursday! It's also filled with other delicious news, tips, and announcements! Watch our Stories Highlight on how to sign up! • • • • • #SOdeliciousdairyfree #oatmilk #oatmilkicecream #icecream #dessert #sweettooth #whatveganseat #vegan #dairyfree #vegandessert #delicious #desserts #yum

Further, a related announcement was made this week: the emergence of oat milk yogurt. A form vegan yogurt that was previously only available for those so inclined via homemade recipes, Nancy’s Yogurt launched a probiotic-rich oat milk yogurt. Available in plain, blueberry, vanilla and strawberry hibiscus flavors, packs a whopping six grams of protein — thanks to faba bean protein — and minimal sugars with only 70 to 100 calories.

Why do people love oat milk products, you ask? Well, as we know, oats have the ability to reduce “bad” cholesterol — cue all of the Quaker Oats commercials of years past — and it boasts a super-similar consistency to cow’s milk, according to Well and Good.

But celebrity nutritionist Kelly LeVeque tells the health website about some of the non-dairy milk’s less-than-stellar qualities:

“It’s definitely sustainable, but, in my opinion, a potentially gluten-contaminated, pesticide-covered grain milk with very little nutrition is not a very good option when you have milks like coconut milk that offers MCT for brain health, almond milk that offers potassium for muscle health, and hemp milk that offers a little bit of protein if you’re plant-based,” she writes. “Worse, the second ingredient in most oat milks is rapeseed oil – aka canola oil – which is highly inflammatory.”