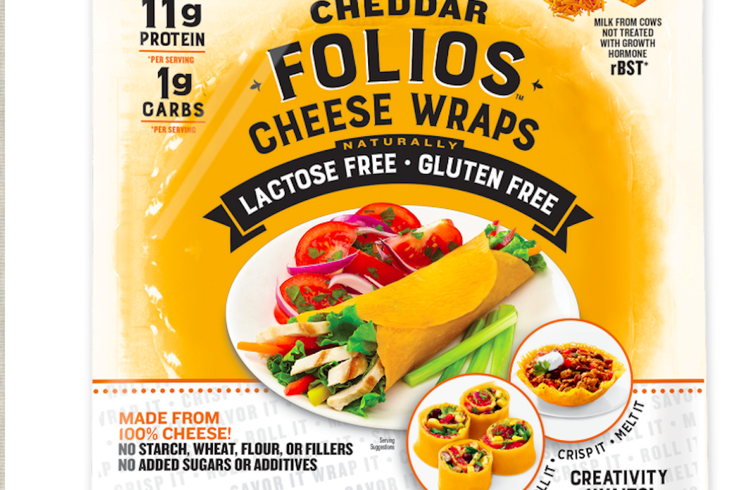 The ketogenic diet, as you might know, was a big trend in 2018 that seems to be trickling into 2019, too. Lauded for its ability to effectively burn fat in some people, the low-carb, moderate-protein, and high-fat diet has been picked up by many individuals, including people who want to kick start some healthy eating habits in 2019.

The goal of the ketogenic diet is to reach ketosis, a metabolic process that occurs when the body start burning fat for energy because it's run out of carbohydrates to burn, according to Medical News Today. That said, maintaining the low-carb aspect of the keto diet is crucial to the entire effort, which can be difficult since it seems like we're genetically wired to love carbs.

Many perish the thought of living a life sans pasta, bread, potatoes and even some fruits and vegetables. While others aren’t impressed by low-carb alternatives to favorite foods, like lettuce wraps instead of tortillas, for example.

But there’s a new keto-friendly wrap option that is a much heartier alternative to bland lettuce. Introducing Folio’s line of cheese wraps — yep, wraps made of cheese — which have been spotted in Costco stores around the country, according to Best Products.

Folio's wraps, which come in cheddar, Jarlsberg and parmesan flavors, are made from part-skim all-natural cheese (that's it!), are gluten- and lactose-free. Depending on the flavor you choose, the wraps range from 170 to 180 calories, and span 11 to 13 grams of protein. These wraps also claim to have no starch, wheat, flour, fillers, added sugars or other additives and are made with milk from cows that have not been treated with growth hormones.

Folios cheese wraps will slowly roll out at stores nationwide. Currently, you might see them stocked at Aldi and on Amazon Fresh, but you can fill out a request to get them in your local store here.