The AP has not called the election, but incumbent Democrat Joe Torsella has conceded 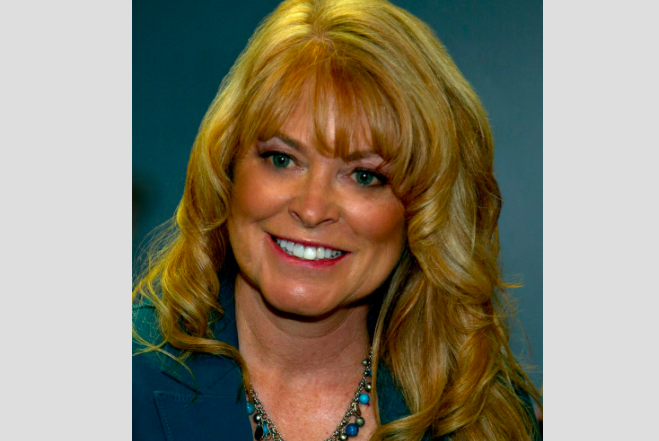 Republican Stacy Garrity is declaring victory in the Pennsylvania state treasurer's race, in which she was outspent 10-to-1 by incumbent Joe Torsella, who has conceded.

State Treasurer Joe Torsella and his Republican challenger, Stacy Garrity, have accepted the projected results of the last Pennsylvania row office to be determined.

Garrity declared victory Tuesday over incumbent Democrat Joe Torsella, the current state treasurer, who conceded the race in a phone call to Garrity and a public video message.

The Associated Press has still not called the race, because it is not clear whether Garrity will hold a large enough lead to avoid an automatic recount.

About 98% of the vote has been counted, but with Garrity leading by about 78,000 votes, the uncounted votes appear unlikely to change the outcome.

Garrity, 56, is an Iraq War veteran who served in the U.S. Army Reserves. The Athens, Bradford County resident also worked as a leader at a tungsten smelting plant Global Tungsten & Powders Corp. She also ran unsuccessfully for Congress in 2019.

Torsella, 57, of Flourtown, Montgomery County, served one term as state treasurer. He previously served as the U.S. Representative to the United Nations. He chaired the Pennsylvania State Board of Education and was the founding president of the National Constitution Center. He also served as Philadelphia's deputy mayor for policy and planning under Ed Rendell.

Garrity had criticized the seasoned Torsella for aspiring to move to a higher elected office. Torsella has been considered a potential candidate for governor or U.S. Senate.

Her projected win marks the first time since 1994 that a Republican beat a Democrat incumbent for a statewide race, according to the Inquirer.

Garrity noted this disparity during her victory declaration, saying her campaign was "outspent 10 to 1." She later remarked on the challenging race during a message posted to Facebook.

"We did it! After 10 months of hard work, we won the Pennsylvania state treasurer race!" she wrote. "I cannot thank you enough for all that you have done. Your support, advice, and constant cheering was an inspiration throughout this challenging race."

Torsella posted a video message to YouTube, conceding the race to Garrity.

"Like anyone who runs for elected office, I really wanted to win my race and I am really disappointed that I didn't," Torsella said. "It's hard to lose, and especially heartbreaking when it looks like it's going to be by such a tiny margin. But public service is a privilege, not an entitlement. The treasurer's office belongs to the people of the commonwealth."