The congressman from South Jersey has earned a fourth term 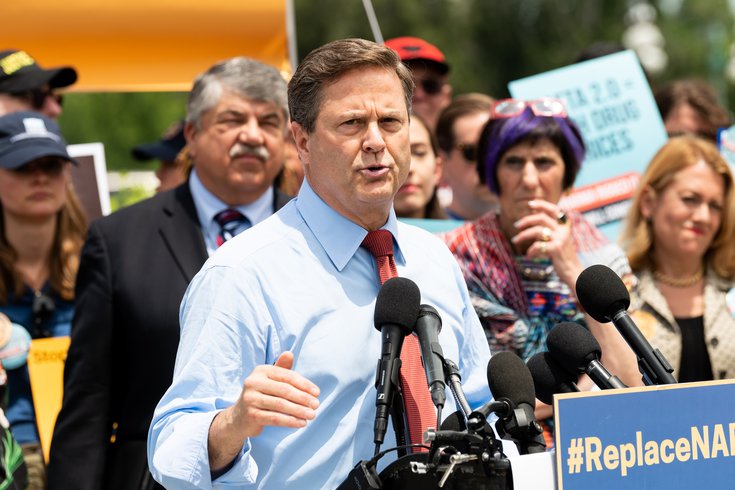 Rep. Donald Norcross won re-election on Tuesday against Republican Claire Gustafson. They were running for New Jersey's First District seat in the U.S. House of Representatives. Norcross, a Democrat, will be serving his fourth term.

The Associated Press called the race for Norcross around 10 p.m. Tuesday, with the incumbent congressman earning more than 64% of the vote to Gustafson's 35.30% with more than 62% of precincts reporting. Election results are unofficial until certified by state election officials.

Norcross has held the South Jersey district covering Camden and its surrounding suburbs since 2014. The win secures Norcross a fourth term in a district that reliably leans toward Democratic candidates.

During his first three terms, Norcross has focused on bipartisan legislation to bring jobs to New Jersey and increase the state's minimum wage. As an electrician and labor leader, Norcross has worked to strengthen workplace protections and advocated for paid leave and equal pay.

He also has served on the House Armed Services Committee, where he has focused on issues of national security and support for service members and veterans.

During the coronavirus pandemic, Norcross has been involved in distributing relief funds from the federal CARES Act to help South Jersey communities recover from the crisis.

In October, Norcross announced that Camden's Center for Family Services will receive $1.8 million in funding to support victims of domestic violence, provide shelter for at-risk children, offer services for survivors of human trafficking and strengthen father-child engagement in local communities.

At his campaign website, Norcross outlined his goals for strengthening civil rights, combating the opioid epidemic and expanding access to quality health care.

Gustafson, a businesswoman in the retail sector, is currently the president of Camden County New Jersey Republican Women and previously served as a school board member for the Collingswood Public Schools.

During her campaign, Gustafson attacked "special interests" in Camden County and singled out economic development on Camden's Delaware River waterfront as a long-term project that has not delivered promised jobs to local residents.

Gustafson also targeted immigration reform as a campaign goal, vowing to fight against illegal immigration under the DACA program and end sanctuary policies. She is strongly anti-abortion, with few exceptions, and has pressed for stronger Second Amendment protections, including opposition to a national firearm registry.