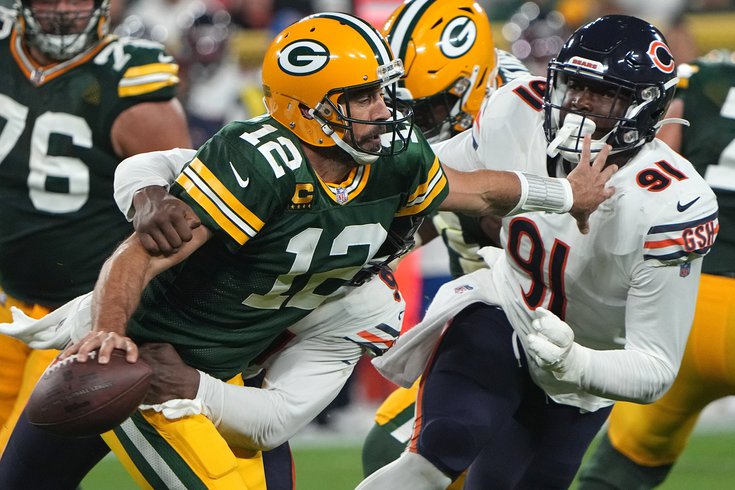 Robert Quinn (91) would give the Eagles added juice from the edge.

If you hadn't noticed after the first three games of the 2022 regular season, the Philadelphia Eagles are good. Expect Howie Roseman to try to make them even better at the trade deadline.

Since Roseman re-gained his general manager status in 2016, he has been a buyer at the deadline definitively in two seasons, and debatably in a third season. So let's first take a look at the Eagles' recent history of deadline trades, and then we'll get to three players that might make sense for them to acquire:

• 2021: The Eagles were kinda-sorta sellers, as they traded TE Zach Ertz to the Cardinals after a loss to the Buccaneers brought their record to 2-4. They also traded Joe Flacco to the Jets to make way for Gardner Minshew to become the No. 2, and they traded a late pick for young CB Kary Vincent Jr.

• 2019: The Eagles traded a fourth-round pick for then-DE Genard Avery. Roseman explained after the season that Avery was a player they hoped would contribute in 2020 and beyond, but they did not expect him to step in immediately and make an impact.

• 2018: The Eagles were buyers, trading a third-round pick for WR Golden Tate.

• 2017: The Eagles were buyers, trading a fourth-round pick for RB Jay Ajayi.

Three players who could make sense at the deadline

The Seahawks selected Penny in the first round of the 2018 NFL Draft, and he missed 28 games over his first four seasons in the NFL. His list of injuries since entering the NFL:

• 2019: Missed three games early in the season with a hamstring injury.

• 2020: Missed the first 13 games of the regular season while recovering from his 2019 torn ACL. He returned for the final three regular season games, but missed the Seahawks' wild card round matchup against the Rams.

• 2021: Injured his calf in the Seahawks' win over the Colts Week 1. He missed the next five games.

So why should the Eagles consider trading for this guy? Well, with the Seahawks' season basically in the toilet down the stretch and few paying attention, Penny absolutely went off in the Seattle's final five games of 2021:

Penny's running style is also a great fit for the Eagles' offense. He's a power back at 220 pounds, who runs with excellent energy. He has good vision, and his short, choppy steps allow him to follow his blocks as they develop down the field. He also has 4.46 speed, and can run away from defenders. He's basically a younger, souped up Jordan Howard with explosiveness and big play ability. A look (you'll have to click "Watch on YouTube" 🙄):

Roseman is close with Seahawks GM John Schneider, and the Eagles have made three player trades with Seattle since 2017. There's trust there, which matters in the case of a previously oft-injured player. The Seahawks also drafted RB Kenneth Walker in the second round (41st overall) of the 2022 NFL Draft after re-signing Penny this offseason to a one-year deal.

Penny's contract is reasonable, and since he is scheduled to become an unrestricted free agent next offseason, the cost to acquire him shouldn't be very prohibitive. A fifth-round pick in 2024 feels about right.

The Eagles have good edge rushers in Haason Reddick and Josh Sweat, but their depth took a hit when they lost Derek Barnett for the season. If they can add some juice to their pass rush, the defense will just be that much more dangerous.

Quinn quietly racked up 18.5 sacks on a bad Bears team in 2021, but his career production has been a bit of a roller coaster ride over the years. 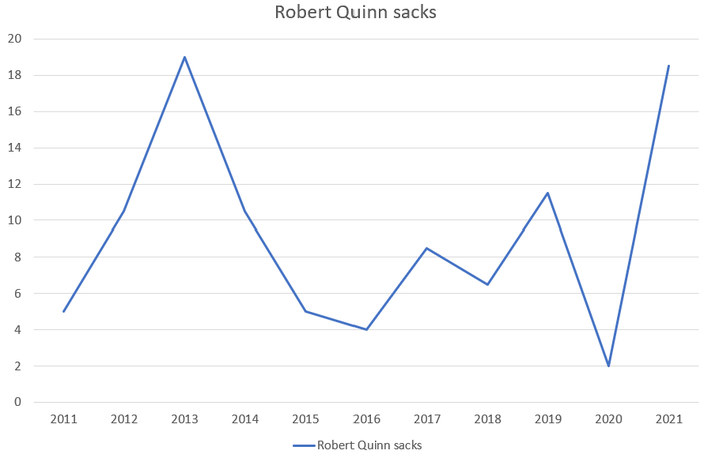 Quinn has five tackles and one sack in 2022.

The Bears have improbably started this season with a 2-1 record and could conceivably get to 3-1 Week 4 against the Giants, but it's pretty clear this team is in rebuilding mode, and should be looking to add draft capital. A (late) second-round pick feels like a reasonable cost if Quinn's production picks up some as the deadline approaches.

Autry is a versatile, productive defensive lineman who would make a lot of sense for the Eagles in an inside-outside role. He had 16.5 sacks in 2021-2022 for the Colts and Titans, plus an additional three more sacks in two playoff games those seasons.

The Titans got in the win column Week 3, but they have the league's worst point differential, at -33. Even in the awful AFC South, if the Titans decide that they are not Super Bowl contenders, it would make sense to deal the 32-year old Autry. His 2022 salary is $6,150,000, some of which will have already been paid by Tennessee.