97.5 The Fanatic's new afternoon show is locked in 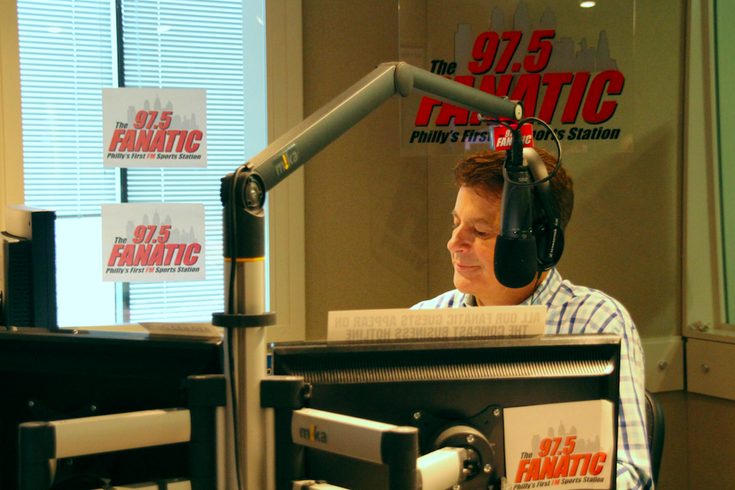 Some cleanup from Wednesday, because at the same time the Flyers we're uh..."retooling" in free agency.

The new afternoon show is locked in over at 97.5 The Fanatic.

Tyrone Johnson will continue leading the charge after Mike Missanelli's sudden departure at the end of May and will be joined by Hunter Brody, Ricky Bottalico, and an also returning Jenn Scordo in what will now be dubbed the “The Best Show Ever?”

This is the exact lineup that was picked up on over at Crossing Broad at the beginning of last month, though now it's clear that Scordo will be staying put to continue doing updates and now step in as a producer.

Johnson and Brody have both been rising stars in the Philly media landscape for a good while now.

Johnson has been Missanelli's producer since 2016 and a co-host on NBC Sports Philadelphia's Sixers Outsiders following the postgame show, and Brody is a hockey mind who has been a weekend personality at the station and amassed a huge following on YouTube and social media.

Bottalico, the former Phillies reliever, will continue doing pre and postgame coverage for the team over at NBCSP, but now all the city's teams are going to catch heat from him at the Fanatic.

Check out the official announcement below:

Johnson and Scordo have been bridging the gap from the old show with Missanelli to the new one and will continue to do so for a couple more weeks.

But between the new lineup, Missanelli's departure, and legendary scribe Ray Didinger's retirement along with morning show host Angelo Cataldi's farewell tour over at 94.1 WIP, it's evident that a new generation of sports talk radio in Philadelphia is taking hold.