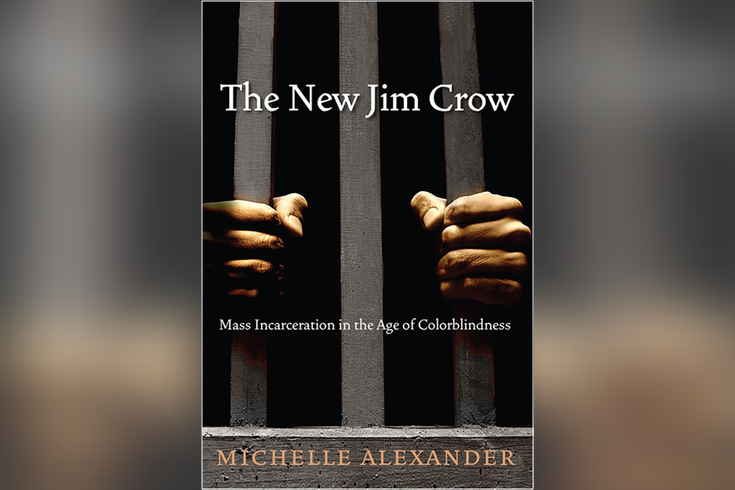 The cover of 'The New Jim Crow' by Michelle Alexander.

Two New Jersey will no longer ban a popular book about racial injustice and mass incarceration after a request from the ACLU to stop the "unconstitutional censorship."

"The ban on 'The New Jim Crow,' which had been in effect in certain New Jersey Department of Corrections facilities, has been lifted in all facilities," department spokeswoman Melanie Weiss said Monday. "It should be noted that there was no department-wide ban on the book."

The decision comes after the state's ACLU chapter said in a statement earlier Monday that New Jersey State Prison in Trenton and Southern State Correctional Facility in Cumberland County had prohibited inmates from reading "The New Jim Crow: Mass Incarceration in the Age of Colorblindness."

The 2010 book from author and civil rights lawyer Michelle Alexander explores how systematic discrimination in the criminal justice system has resulted in "millions of African Americans locked behind bars and then relegated to a permanent second-class status — denied the very rights supposedly won in the Civil Rights Movement."

In a letter sent to the New Jersey Department of Corrections, the ACLU asked the two prisons to allow inmates to access the book, citing the state's reported high disparity in incarceration rates between black and white residents. A 2016 report found that black New Jerseyans were 12 times more likely to be put behind bars.

“For the state burdened with this systemic injustice to prohibit prisoners from reading a book about race and mass incarceration is ironic, misguided, and harmful," said ACLU of New Jersey attorney Tess Borden, who drafted the letter. "It’s also unconstitutional.”

The Intercept first reported on the ban, and published the department of corrections' response to an open records request, showing a number of banned books, magazines and other publications in state prisons, including explicitly "The New Jim Crow" at the two prisons.

Weiss noted that the book is currently being used in a program that teaches inmates college level courses. She added that although the department's policy on banned written materials follows state code, there would be a review of the current list for other possible revisions.