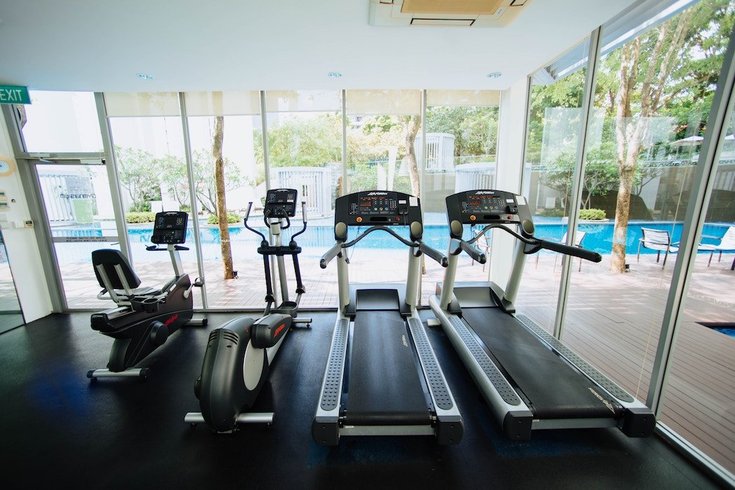 People genetically predisposed to Alzheimer's disease showed some better brain function after exercising on a treadmill three times a week for six months, according to a new study.

Brain function can improve with weekly cardio exercise — especially in people for whom Alzheimer's disease runs in their families, according to a new study.

Research has already shown that moderate exercise can reduce symptoms of Alzheimer’s disease, the degenerative condition in the brain that causes problems with memory, thinking, and self-control.

A study published in Brain Plasticity examined the effects of exercise on individuals who are pre-disposed to Alzheimer's but do not show any symptoms of the disease yet.

Researchers studied 23 people, between the ages 45 and 80, who generally did not exercise. The participants split in two groups, one that was given an exercise plan and a second that was only provided information about the benefits of exercise.

The active group worked with a trainer and exercised three times a week using a treadmill. They kept up their work-out regimes for 6 months, and by the end, people who exercised had performed better on cognitive tests than those in the group non-exercise group.

Brain scans of those who exercised showed significant increases in brain glucose metabolism – a process that helps maintain healthy brain cells – in the area of the brain commonly associated with the decline of the disease.

Episodic memory – the recollection of personal details or facts about one’s life – did not improve for people in either group.

All of the participants completed a series of assessments, including stress tests, cognitive function tests, and PET imaging to examine brain glucose metabolism.

Damage to the brain caused by Alzheimer's disease is considered to be irreversible. It's the sixth leading cause of death in the U.S., according to the Alzheimer's Association. Diagnoses for the condition have jumped 145% between 2000 and 2017. In 2019, 5.8 million Americans were living with the disease, and that number is expected to grow to 14 million by 2050.