Your eyes may be a window to your Alzheimer's risk

Protein deposits that build up in the brains of Alzheimer's patients also can be found in the retina, study finds 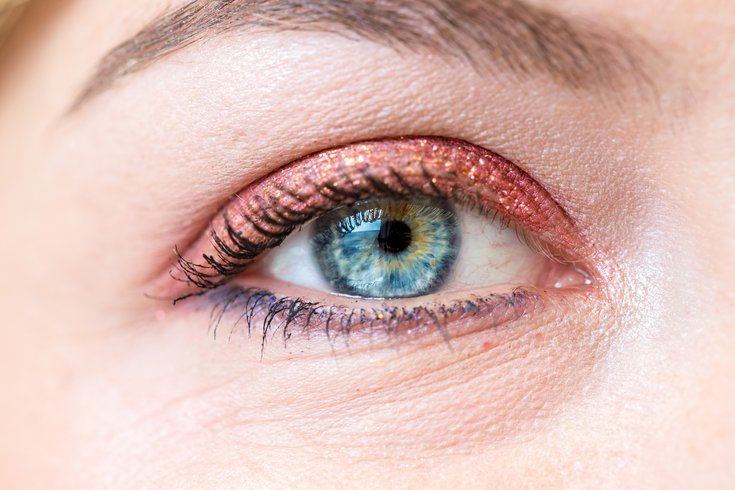 Retinal scans may make detecting early-stage Alzheimer's disease easier because they are less costly and less invasive than the brain scans currently used as part of the diagnosis process.

Alzheimer's disease research has shown that the build up of amyloid plaques between brain cells is a strong predictor of neurodegeneration. Now, a new study suggests those same protein deposits also can be detected in the retina – the thin layer of tissue inside the eye that enables vision.

The study's findings, published in the journal Alzheimer's & Dementia, will help build upon earlier research that analyzed postmortem eye tissue for indicators of Alzheimer's Disease.

Diagnosing Alzheimer's disease can be challenging. There is no definitive test to detect it and about 1 in 5 Alzheimer's cases may be misdiagnosed. Diagnosis is typically based on a combination of physical evaluations, review of medical history, cognitive testing, blood tests or brain imaging scans.

This small, cross-section study included only eight patients and its findings will need to be confirmed in a larger study. It was led by a team of scientists at University of California, San Diego School of Medicine and based on data from two Alzheimer's studies designed to test both retinal and brain amyloids. 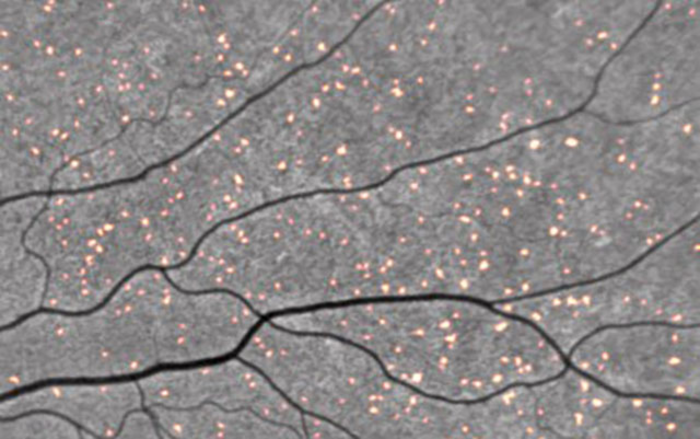 Amyloid deposits tagged by curcumin fluorescence in a retinal scan.

One of the studies was the A4 trial, which is testing the use of the investigational drug solanezumab in older patients at risk for memory loss. The other study, "Longitudinal Evaluation of Amyloid Risk and Neurodegeneration," included participants who had low levels of amyloid.


The researchers compared the number of retinal spots in a small subset of participants from each study. They found that spots of these proteins on the retina correlated with brain scans that showed higher levels of cerebral amyloid.