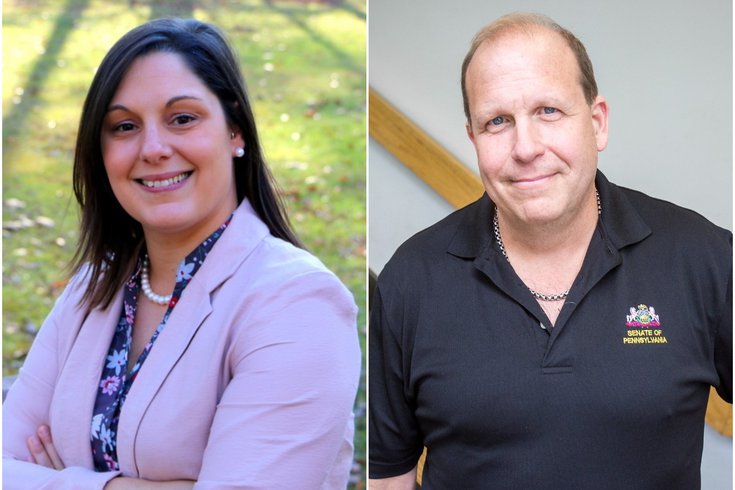 Amanda Capelletti has defeated incumbent Daylin Leach, who has been accused of sexual misconduct, in the Democratic primary for Pennsylvania's 17th Senatorial District.

As of Sunday morning, Cappelletti had received almost 61% of the vote and has since been projected to win, according to the Associated Press.

The exact vote totals for the primary wouldn't be known for several days due to the unprecedented number of mail-in ballots requested by Pennsylvania voters amid the coronavirus pandemic.

Cappelletti, a progressive, is an attorney and the Vice Chair of the East Norriton Board of Supervisors. She previously served as a policy director for Planned Parenthood.

Leach, who has held the office since 2009 and previously served in the state House, is among the most liberal lawmakers in Harrisburg. But several prominent Democrats, including Gov. Tom Wolf, have called on him to resign over accusations of sexual misconduct.

In 2017, Leach was accused of inappropriately touching young female staffers and campaign volunteers, prompting his withdraw from a 2018 congressional bid. A Harrisburg-based law firm later found no evidence of misconduct after investigating the allegations.

Leach also has been accused of sexually assaulting a 17-year-old in 1991. He has denied the allegations and filed defamation lawsuits in response.

Cappelletti has been endorsed by Bernie Sanders, Elizabeth Warren, Wolf, Lt. Gov. John Fetterman and the Working Families party, among others. Her campaign centered on environmental issues, health care, education and abortion rights.

Though Cappelletti shares the same stance with Leach on many issues, she has a less radical view on fracking, according to WHYY. Leach has called for an outright ban on the practice.

Leach has been highly critical of President Donald Trump on Twitter. He caused a social media stir when he called Trump a "fascist, loofa-faced s***-gibbon" shortly after the president's inauguration.

Cappelletti cast the election about the character of candidates, rather than their stances.

"This race isn't about whose platform is more progressive, though," Cappelletti told Patch. "... It's about the character of the people we elect to office. It's about restoring dignity and respect back to the office."

All primary election results are considered unofficial until they are certified by the Pennsylvania Bureau of Commissions, Elections and Legislation.