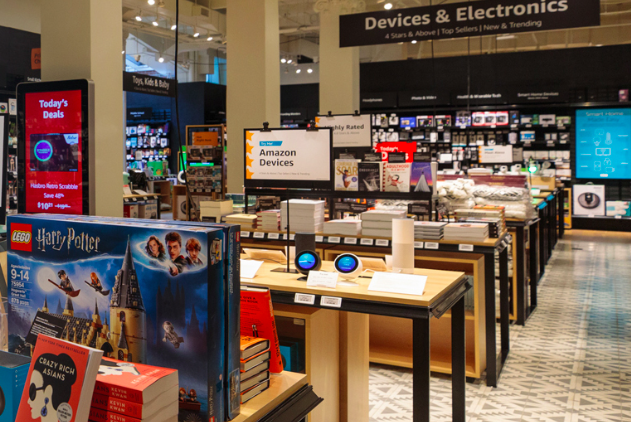 Amazon 4-star locations are planned for the American Dream Mall in East Rutherford and the Willowbrook Mall in Wayne, New Jersey. Both stores are expected to open some time in 2020.

As global tech giant Amazon gets deeper into the world of physical retail, two New Jersey stores are now in the company's plans for 2020.

A running list of brick-and-morter Amazon locations includes a pair of 4-star locations at the new American Dream Mall in East Rutherford and at the Willowbrook Mall in Wayne.

Amazon's 4-star outlets are designed to introduce customers to Amazon electronics, home goods, toys and other popular items curated from e-commerce customer data. Amazon currently has 4-star locations in seven states, with plans to expand over the course of the year.

"The common thread across all of these products, and every product in Amazon 4-star, is that they are rated 4 stars or higher by our customers, or are top sellers, or are new and trending on Amazon.com," the company says on its website.

Amazon has also opened 21 Amazon Books locations and recently launched Amazon Go grocery stores in Chicago, New York, San Francisco and Seattle. The company reportedly has plans to open an Amazon Go store in Philadelphia, though no concrete details have been released.

A specific timeline for the Amazon 4-stars in New Jersey is not yet known.