A civil jury awarded the 'Pirates of the Caribbean' star $10.4 million at the end of an acrimonious trial in June 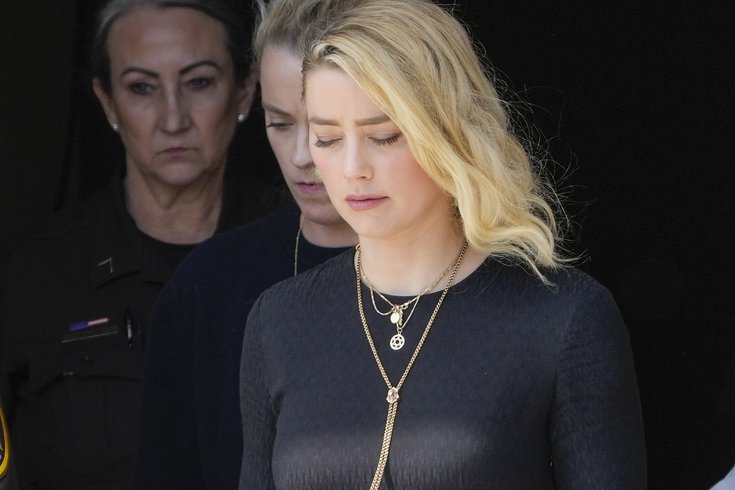 Amber Heard is shown leaving Fairfax County Courthouse following the civil trial verdict in the defamation lawsuit filed against her by ex-husband and actor Johnny Depp. Heard plans to appeal the verdict.

Amber Heard's expected appeal of the $10.4 million defamation verdict reached in favor of her ex-husband, actor Johnny Depp, will feature a new legal team led by a pair of Philadelphia attorneys.

David L. Axelrod and Jay Ward Brown, of Ballard Spahr, are joining Heard's previous co-counsel Ben Rottenborn in the appeal to have the judgment against her rescinded. Heard has let go of her primary attorney, Elaine Bredehoft, who had represented the "Aquaman" actress during the trial covering domestic abuse allegations made by Heard and Depp.

Heard, 36, was sued by Depp for $50 million in 2019 over a Washington Post op-ed she had written about becoming a public advocate for people suffering from domestic abuse. Depp, 59, was not named in the 2018 article, but the actor claimed Heard had lied about being abused during their marriage, which had ended two years earlier. Depp's legal team argued that the story's context unmistakably damaged his career as an actor.

Depp previously lost a 2020 libel lawsuit he brought in the United Kingdom, where The Sun tabloid had published a story calling Depp a "wife beater." That case was not tried by a jury.

Heard's testimony during the case in Virginia was widely dissected and questioned as the trial unfolded, magnified by widespread media coverage. After the verdict, Heard said she stood by "every word"of her testimony and notified the court last month that she will appeal the decision.

Axelrod and Brown said Monday that they anticipate the appeal will hinge on arguments surrounding the First Amendment.

"We welcome the opportunity to represent Ms. Heard in this appeal as it is a case with important First Amendment implications for every American," the attorneys said in a statement to Deadline. "We're confident the appellate court will apply the law properly without deference to popularity, reverse the judgment against Ms. Heard, and reaffirm the fundamental principles of freedom of speech."

Heard's former attorney, Bredehoft, had been criticized during the trial for Heard's performance on the stand. Bredehoft later blamed Heard's portrayal on social media for the decision against her.

Although The New York Times quickly corrected the story, Palin argued that the editorial had damaged her reputation. A jury in New York unanimously shot down Palin's legal action against the newspaper in February.

Heard's new legal team will have until Sept. 4 to file its appeal in the Virginia case.