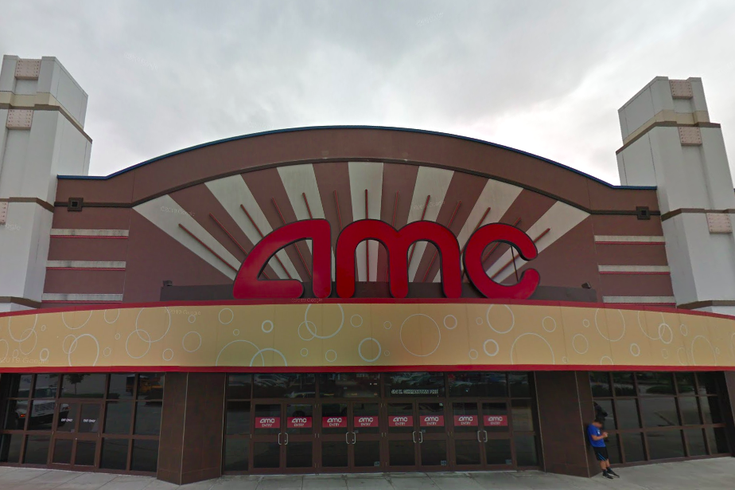 AMC Theatres is reopening 100 locations, including its location in Plymouth Meeting, pictured above, on Aug. 20. Movie tickets will be offered at 15 cents to celebrate the company's 100th anniversary.

The theaters, including three in the Philadelphia region, are reopening Aug. 20 for the first time since being closed amid the COVID-19 pandemic, AMC announced. That day, tickets will cost 15 cents each.

The price is meant to reflect the average cost of a movie ticket in 1920, when AMC Theatres first opened.

AMC Neshaminy 24 in Bucks County, AMC Marple 10 in Delaware County and AMC Plymouth Meeting in Montgomery County are all included in the promotion.

Promotions will continue to be offered after the theaters' reopenings, including $5 tickets for previously-released movies such as "Black Panther" and "The Empire Strikes Back."

AMC plans to reopen an additional 300 theaters in waves. Its location at the Granite Run Mall in Delaware County is slated to reopen Aug. 27.

Other AMC theaters, including the location at the Franklin Mills Mall in Philadelphia and those in New Jersey, will reopen as state and local guidelines permit.

Most movie theaters have been closed since March due to the coronavirus pandemic, causing some to shut down permanently. Major motion pictures also have postponed or moved premieres to digital events to prevent massive revenue losses.

AMC had plans to reopen July 15, but they were delayed several times. The company also faced backlash after it initially declined to require moviegoers to wear masks, a policy that the company later reversed.

AMC is enacting various health and safety guidelines aimed at reducing the spread of COVID-19. They include reduced capacity, blocked-off seats and enhanced cleaning and air-filtration systems.