The hearts are scattered across the city 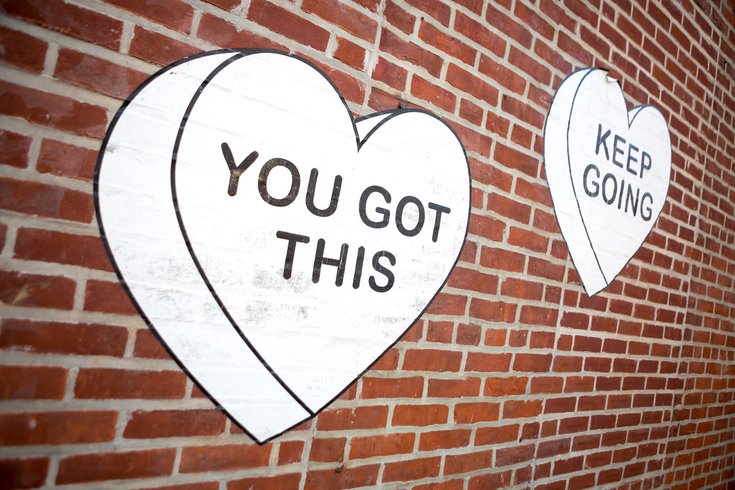 Amberella is known for her black and white hearts with simple messages like 'I Believe in You' and 'Go Away.' For her new project, she created Flyers-themed hearts with the team's logo.

Next time you go for a walk through Philly, be on the lookout for new artwork by Philadelphia street artist Amberella.

She teamed up with Gritty to cover the city with more of her iconic heart art. Each new piece is accompanied by the Flyers logo and includes phrases like "Philly's Got Grit" and "Anytime. Anywhere."

If you scroll through the Instagram post, you'll see some of Gritty's best dance moves. He seems pretty excited about the collaboration, even letting out a squeak.

With the Stanley Cup Playoffs underway, the city is showing some love to the Flyers. Fans can find the hearts throughout the city. Below are all the locations, broken down by neighborhood.