We'll try our best to answer these factually, appropriately, and unironically 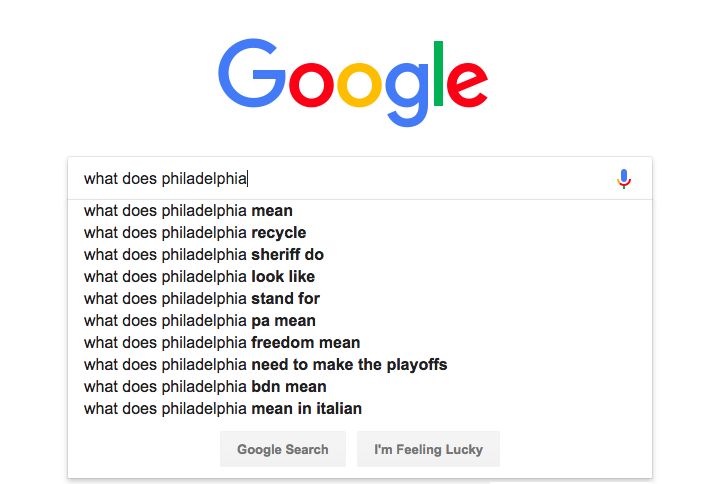 FAQs on Google about Philadelphia.

Similar to life's biggest mysteries, a simple Google search *may not* answer your biggest questions about Philadelphia.

And although I'm not an expert on all-things-Philadelphia and have never claimed to be (trolls, calm down), I will attempt to answer some of the Internet's burning questions about it.

What does Philadelphia ... mean

OK, so I'll take this question is asking the literal meaning of the word. "Philadelphia" comes from the name of a city found in Revelation in the New Testament of the Bible. It is Greek for "brotherly love."
phileo:  to love
adelphos: brother

What does Philadelphia ... recycle

Well, I'm so glad you asked. We recycle and throw away everything you do in your city, too, even though our streets may not look like we do.

The Philadelphia Streets Department actually told PhillyVoice that Philadelphians "have gotten almost too enthusiastic with what" we put on our curbs to be recycled. That is to say, there is 100 percent chance a large sofa, two desk chairs, some sort of under-the-sink rusted piping, and one million dirty pizza boxes are curbside on my block right now. And yes, trash and recycling had a scheduled pick-up on Tuesday.

An overzealous recycling habit may seem like a "weird flex but ok" problem, but it's actually real a problem. The Inquirer reported just last month that so much of the stuff the city is capable of recycling goes into an incinerator at a waste-to-energy plant. This is because the price of separating, selling, and transporting all of it is just too high.

Do you actually want to know more about our recycling rules? Click here.

What does Philadelphia ... sheriff do

The Philadelphia Sheriff's Office does a lot of different things, actually. Deputies with the sheriff's office provide protection to people that go in and out of courthouses in the Philadelphia area (all six of them) — including witnesses, judges, prisoners, defendants, and the public. These deputies also handle the city's backlog of warrants for arrest and carry out several sheriff's sales every month of repossessed property.

Philadelphia's Sheriff, Jewell Williams, has held his post since 2012 and was re-elected once. Not sure another term will be in his future, as last month Mayor Jim Kenney asked him to resign amid allegations of repeated sexual harassment.

Here are few interpretations of that question: 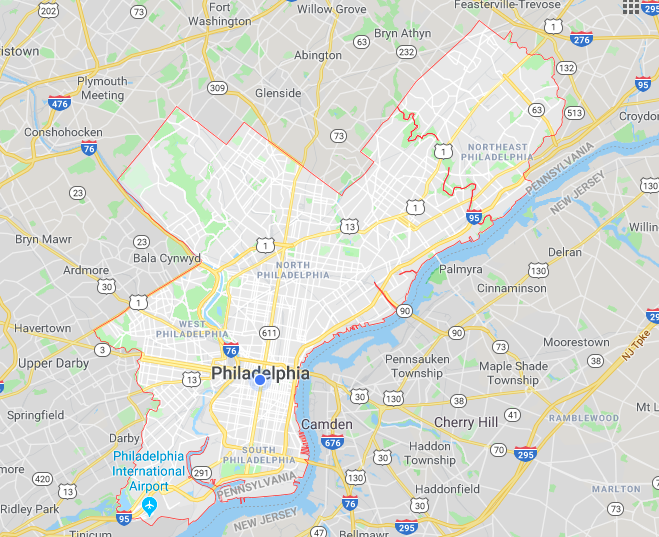 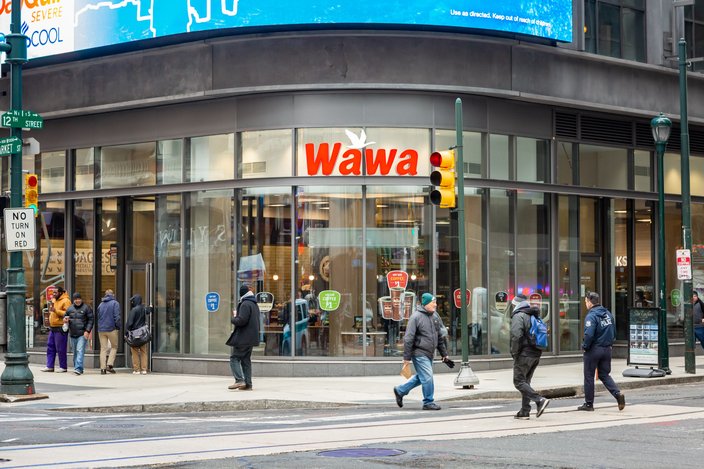 A Wawa at 12th and Market streets.

What does Philadelphia ... stand for

What a question! I don't know. We stand for good pizza? The Eagles as Super Bowl champs? SEPTA doing better? Our government officials working *for* us and not *against* us? More Gritty content? Less Gritty content? More funding for our public schools? Less gun violence? Better bike lanes? A strong stance on the soda tax?

(Did I miss something? Tell me what you stand for.)

What does Philadelphia ... pa mean

What does Philadelphia ... freedom mean

What does Philadelphia ... need to make the playoffs

Sorry, folks. The NFL playoffs this year are far gone, ancient history. But I do know why you would have come to Google for this.

In December, the Eagles' Super Bowl MVP quarterback Nick Foles returned to the field and gave us all a bit of hope that the Eagles would make it back to the Super Bowl.

It was really touch-and-go there for a while but if you didn't know: THE EAGLES MADE IT TO THE PLAYOFFS!!!! We even won against the Chicago Bears. But then we lost to the Saints.

I'm really sorry if this is the first time you're hearing this.

What does Philadelphia ... bdn mean

I'll let the professionals at our sports desk explain the etymology of Nick Foles nickname to you.

What does Philadelphia ... mean in Italian