In appreciation of Earnie Stewart and the transfer market (part two) 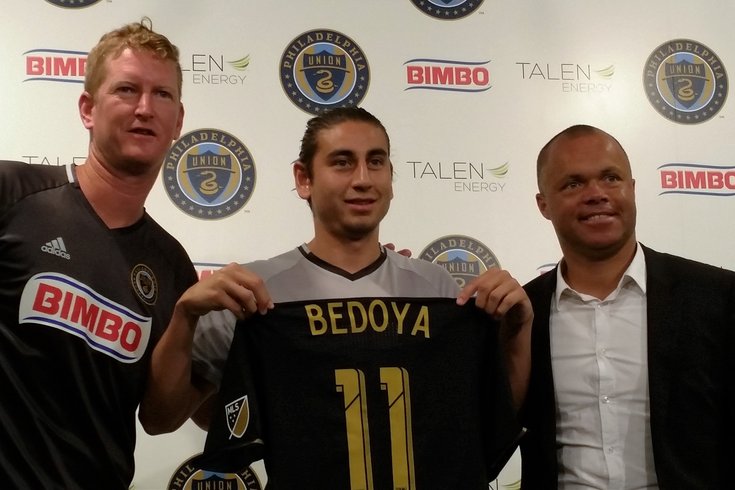 That's the philosophy that Philadelphia Union Sporting Director Earnie Stewart used with great success during his ten years of transfer business in the Netherlands.

In part one of our dive into Stewart's roster building strategy, we talked about his eye for talent and the ability to continually replace quality, experienced players.

Philosophically, transfer strategy is always going to be a point of contention in world football. Turning profits is great for business, but what about winning games? Was AZ Alkmaar a "selling club," or did they have true ambitions to win trophies?

We've asked those questions here in Philadelphia. Does Jay Sugarman really care about winning? Does he want to flip the club for profit? Will future academy stars be sold to other teams? We could argue about that forever, but that's not really the point of this article. The point is to highlight just how good Earnie was in the transfer market.

Despite the constant wheeling and dealing, AZ always put out a competitive squad, finishing in the top five three times during Earnie's tenure there. Their lowest finish was a 10th place showing in the 2012-2013 campaign, but they never landed outside of the top ten. You'd have to go back to the 2007-2008 season to find AZ's most recent bottom-ten finish.

The key is taking those principles of shrewdness and applying them to a club (the Philadelphia Union), that will not be throwing millions of dollars at high-priced foreign stars.

• Bought Eli Babalj from Melbourne Heart for an unknown fee.

• Acquired Simon Poulsen from Sampdoria on a free transfer.

At the time, the Altidore sale was a record piece of business for Alkmaar, who received an eight-figure transfer fee for the first time in club history. Maher's eight-million-euro transfer tied the previous record departure, which was the 2009 sale of Demy de Zeeuw to Ajax Amsterdam.

Earnie also spent three million dollars on Nemanja Gudelj, the midfielder that he promoted from the youth ranks while Technical Director at NAC Breda. Gudelj would become the most expensive arrival during Stewart's tenure at Alkmaar.

The club also reacquired left back Simon Poulsen on a free transfer after two unproductive years in Serie A.

• Bought Sergio Rochet from Danubio for an unknown fee.

• Viktor Elm and Mikhael Rosheuvel sold to Kalmar and Cambuur for unknown amounts.

This was a more measured year.

Stewart spent one million euros on Guus Hupperts, a winger who was coming off a nine-goal, six-assist season for Roda JC. Earnie also went to the second division for Robert Muhren, a striker who scored in just about every other game for FC Volendam. Muamer Tankovic and Djavan Anderson were signed from the youth ranks of Ajax and Fulham, respectively.

Stewart probably turned a profit on Viktor Elm or at least broke even, but I don't see a number associated with that transfer.

• Bought Levi Garcia from Central FC for an unknown fee.

Back to business for Alkmaar, who did some great work in both the summer and winter windows.

The top purchase that season was Alireza Jahanbakhsh, a highly-rated Iranian midfielder who had recently been voted the best player of the Dutch second division. After contributing 12 goals and 18 assists for NEC in the 2014-2015 campaign, AZ paid a 1.8 million euro transfer fee and signed him to a five-year contract.

AZ also found a replacement for Gudelj in the midfield, paying 1.5 million for Zwolle's Ben Rienstra.

The key signing, however, turned out to be second division striker Vincent Janssen. Stewart paid just 500,000 euros for the U21 Dutch international. Janssen would go on to score 32 goals in 49 appearances that next season.

Earnie was gone at this point, but AZ sold Janssen to Tottenham for 22 million euros, good for a profit of 21.5 million. That transfer shattered Jozy Altidore's record departure by 12 million euros.

Alkmaar made a profit nearing 23 million that season, so you could probably say that Earnie Stewart's overall dealings in the transfer market earned AZ around 50 million in total profits.