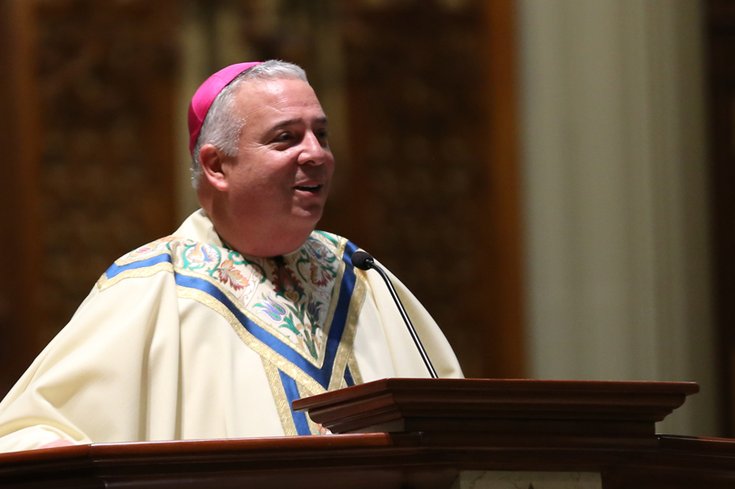 Pope Francis has named Bishop Nelson Perez of Cleveland as the next Archbishop of Philadelphia. He will succeed Archbishop Charles J. Chaput.

Bishop Nelson J. Perez, of Cleveland, will be the next Archbishop of Philadelphia, succeeding retiring Archbishop Charles Chaput, Pope Francis announced on Thursday.

Perez, 58, currently the bishop of Cleveland's Catholic church, has significant roots in the Philadelphia region. He will be the Archdiocese of Philadelphia's first Hispanic archbishop and is a bilingual Cuban-American – his parents fled Cuba in 1960 to escape the rule of Fidel Castro.

Born in Miami in 1961, Perez was raised in New Jersey, attended Montclair State University before entering the Saint Charles Borromeo Seminary in Philadelphia.


Perez worked in the Philadelphia archdiocese as a priest from 1989 to 2012. From 1989-1993, he was the parochial vicar at St. Ambrose Parish in Olney. Then after administrative positions with the archdiocese Office for Hispanic Catholics and Catholic Institute for Evangelization, he became pastor at St. William Parish in Philadelphia's Crescentville neighborhood from 2002-2009 and pastor of St Agnes Parish in West Chester, Chester County from 2009-2012.

During the press conference, Perez addressed his speech to the people of Philadelphia and took a minute to address the hispanic community in the city a lengthy message in Spanish.

In 2012, Perez was appointed as the auxiliary bishop to the Diocese of Rockville Centre in Long Island, New York, by Pope Benedict XVI. He was named bishop of Cleveland by Pope Francis in 2017.

Perez was visiting with his mother in Florida when the nuncio, an ecclesiastic diplomat that oversees bishops, called to tell him he would be named Archbishop of Philadelphia.  "He (nuncio) says, 'Are you sitting?' And I say, 'Oh God,'" he joked at the press conference. He said he was "shocked," calling it "surreal" to be named the archbishop.

Chaput, 75, is retiring as the leader of the Archdiocese of Philadelphia after serving for eight years, following his appointment by Pope Benedict XVI in 2011. His resignation, which comes shortly after his 75th birthday — a typical retirement age for bishops — was accepted by Pope Francis.

"Bishop Nelson Perez is a man who already knows and loves the Church in Philadelphia and is known and loved by our priests and people," Archbishop Chaput wrote in a Facebook post on Thursday morning.  “I cannot think of a better successor to lead this Archdiocese."

Perez referred to Chaput as a mentor and friend. He said, "I have a great concern of the shoes that I have to fill — and they're his shoes."

Though to be returning home, he will miss the Cleveland Diocese. “It is with great joy tinged with a sense of sadness that I accept the appointment — joy that I will be returning to serve (Archdiocese of Philadelphia), sadness in that I will be leaving (the Diocese of Cleveland)," Bishop Perez tweeted Thursday morning.

I am deeply grateful to the @Pontifex for appointing me as the next archbishop of @ArchPhilly. It is with great joy tinged with a sense of sadness that I accept the appointment - joy that I will be returning to serve @ArchPhilly, sadness in that I will be leaving @DioceseofCLE.

Perez noted in his speech that he hopes to continue developing strong relationships with young adults in Philadelphia, as he has in his previous dioceses. In Cleveland , he pushed for more young adult engagement in the church by organizing several initiatives and events, including a "think tank" for youth and young adult recommendations.

He addressed a message to the sexual abuse survivors who were victimized by church leaders in Philadelphia, saying "I, and we, continue to pray for your healing and hold you deep within our hearts, those who have been hurt. It should have never happened, and we are sorry."

The Archdiocese of Philadelphia is one of the largest Catholic dioceses in the U.S. with 215 parishes and 460 priests. Perez's installation mass will be held on Feb. 18 at the Cathedral Basilica of Sts. Peter and Paul in Logan Square.

Chaput will remain head of the diocese until Perez is installed as the new Archbishop.