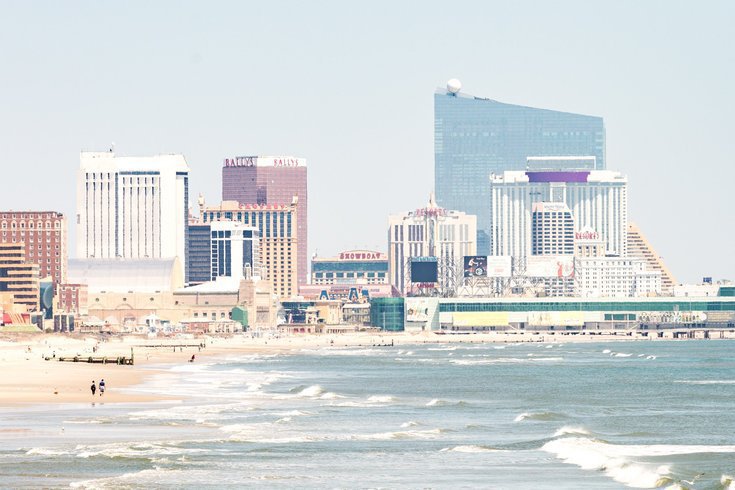 Patrons within the Atlantic City Tourism District will now be allowed to consume alcoholic drinks from open containers on a permanent basis.

Certain outdoor property within Atlantic City has been deemed an “open container area” by the measure. That includes portions of the beach, boardwalk, and other areas within the city’s tourism district where pedestrians are permitted to carry and consume open containers of alcoholic beverages.

The legislation passed both houses of the New Jersey Legislature unanimously earlier this summer and was signed into law this week by Gov. Phil Murphy.

"Despite the economic hardship that this pandemic has levied on our casino and hospitality industries, the Atlantic City community has once again proven its resiliency and readiness for a strong future,” Murphy said.

“By permanently allowing outdoor consumption of alcoholic beverages in certain areas of the Tourism District, we can extend short-term support to small businesses who need it, and further strengthen the resurgence of Atlantic City as the East Coast’s premier resort destination.”

Back in June, Atlantic City began easing open container laws by allowing the public consumption of alcohol in select outdoor areas. Those areas included the Atlantic City Boardwalk, as well as within the nonresidential areas at Gardner’s Basin.

People have also been permitted to drink openly on Tennessee Avenue, New York Avenue, and St. James Place between the Boardwalk and Pacific Avenue — more commonly known as the Orange Loop.

The open-container area on the Boardwalk went from Sovereign to Rhode Island Avenues in Atlantic City. The executive order allowed for businesses in the open-container zone to sell alcohol and be labeled as such.

Special events could allow for the open-container section to be extended, but people could not bring their own drinks into the zone.

The order would’ve expired when restrictions on bars and restaurants were eased or seven months after New Jersey’s state of emergency ends — whichever comes later. Anyone buying and consuming alcohol had to be 21 or older.

Other Jersey Shore towns, such as Cape May and North Wildwood, have also eased open container laws to help out business at restaurants and bars amid the COVID-19 pandemic.

Murphy signed legislation in May that allowed alcoholic beverages, including mixed drinks, to be sold and delivered in closed or sealed containers. The law only applies to the class of liquor licenses that are normally held by restaurants and bars.

The move was intended to provide some relief — and some revenue — to bars and restaurant owners who were forced to close in March because of the coronavirus outbreak. Murphy had allowed restaurants and bars to continue to sell and deliver food for takeout when he enacted the stay-at-home order in March, but many businesses that rely on alcohol sales were at a loss.

Indoor dining remains prohibited across the state, and bars are still closed. However, outdoor dining resumed in June.