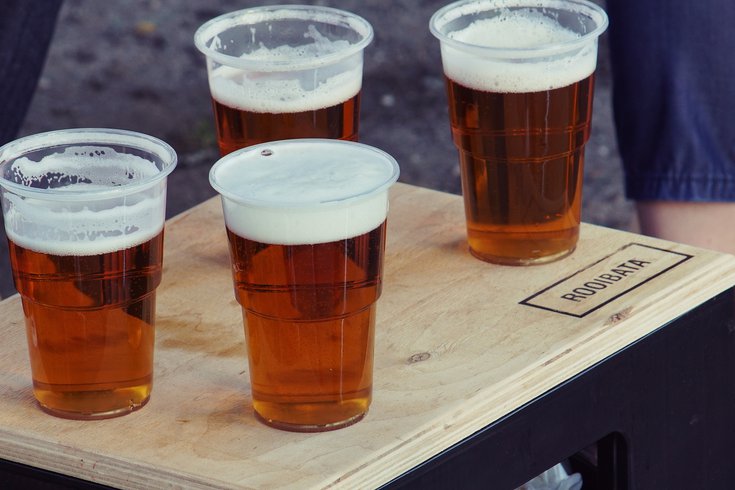 Atlantic City and Cape May are the latest two Jersey Shore towns to ease open container laws and allow for public consumption of alcohol in select outdoors areas.

Atlantic City Mayor Marty Small signed an executive order this week to allow for people to drink openly on the Atlantic City Boardwalk, as well as within the nonresidential areas at Gardner’s Basin. People are also now permitted to drink openly on Tennessee Avenue, New York Avenue, and St. James Place between the Boardwalk and Pacific Avenue—more commonly known as the Orange Loop.

The open-container area on the Boardwalk goes from Sovereign to Rhode Island Avenues in Atlantic City. The executive order, which took effect on Friday, allows for businesses in the open-container zone to sell alcohol and be labeled as such. Special events can allow for the open-container section to be extended, but people cannot bring their own drinks into the zone.

Small’s executive order will expire when restrictions on bars and restaurants are eased or seven months after New Jersey’s state of emergency ends—whichever comes later. Anyone buying and consuming alcohol must be 21 or older.

Cape May’s city council voted this week to allow for the outdoor consumption of alcohol on the beach, promenade, local mall, and several streets across the town through October. But alcohol can only be consumed publicly in the aforementioned locations from 5 p.m.-10 p.m.

Public drinking had previously been prohibited in the town, and such restrictions are still in place on most streets and highways—as well as in cars—across Cape May. Individuals 21 or older are permitted to consume alcohol outdoors and must have identification on them stating such information.

Alcohol that is purchased must be in sealed, plastic containers and can only be unsealed when being consumed in one of the designated areas of the city. The capacity of the drink cannot exceed 16 ounces, and glass containers are banned. Kegs and coolers are not allowed in the outdoor drinking zones, and those consuming alcohol can only have one drink at a time.

Atlantic City and Cape May now join North Wildwood as Jersey Shore towns that have eased open container laws to help out business at restaurants and bars amid the COVID-19 pandemic.

North Wildwood approved a measure last month to allow for cocktails-to-go to be purchased at the town’s bars and consumed in select public areas with tables and chairs. The action was taken after town officials discovered that many people were not waiting to get home to start consuming their drinks.

Social distancing has been strongly encouraged within the open-container zones to further mitigate the spread of COVID-19.

Gov. Phil Murphy signed legislation last month that allowed alcoholic beverages, including mixed drinks, to be sold and delivered in closed or sealed containers. The law only applies to the class of liquor licenses that are normally held by restaurants and bars.

The move was intended to provide some relief—and some revenue—to bars and restaurant owners who were forced to close in March because of the coronavirus outbreak. Murphy had allowed restaurants and bars to continue to sell and deliver food for takeout when he enacted the stay-at-home order in March, but many businesses that rely on alcohol sales were at a loss.

Indoor dining remains prohibited across the state, and bars are still closed. However, outdoor dining resumes in New Jersey on Monday.