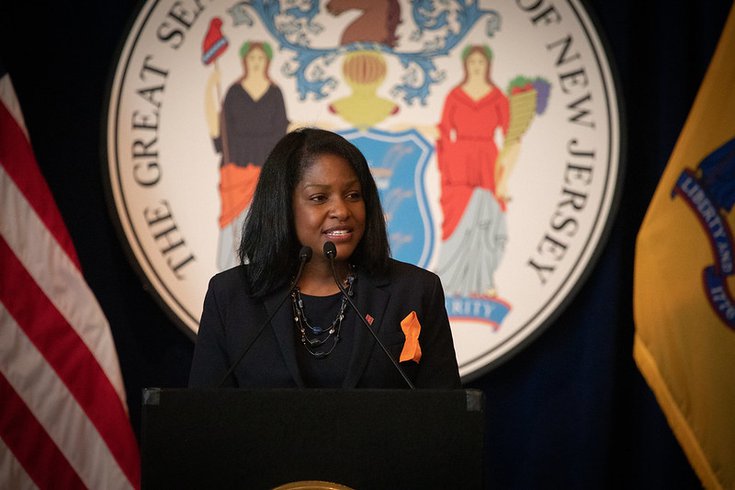 Following a unanimous confirmation by the state Senate this week, Fabiana Pierre-Louis is set to become the first African-American female to serve on the New Jersey Supreme Court.

After being nominated by Gov. Phil Murphy in June, Pierre-Louis’ nomination for associate justice was approved 39-0 by the Senate.

She will now join the state’s highest court and fill the seat of retiring Associate Justice Walter Timpone.

“I’m incredibly proud that the Senate has unanimously confirmed Fabiana Pierre-Louis as the next Associate Justice to serve on New Jersey’s Supreme Court,” Murphy said.

“Fabiana is an exceptionally talented attorney, and will now have the historic distinction of becoming the first Black woman to be seated on our state’s highest court. I am honored to have put her name forward, and to see someone with a different set of life experiences and perspectives on our Supreme Court, a judicial body where New Jerseyans from all walks of life turn for justice.”

“I would like to congratulate Ms. Pierre-Louis, a first generation American and the first Black woman to serve on the New Jersey Supreme Court,” Senate President Steve Sweeney said.

“This is a historical day for our state. Ms. Pierre-Louis is a New Jersey success story who will bring more diversity to the highest court of the most diverse state in the country. She will provide a perspective gained by her personal and legal experiences to a Court with the ultimate legal responsibility for cases and issues that can have a real-life impact on generations of New Jersey residents.”

The confirmation of Pierre-Louis to our Supreme Court was a historic day for NJ! The daughter of immigrants, she’ll be the 1st Black woman to serve on our highest court – bringing a wealth of expertise, experience & perspective to the position for years to come. Congratulations! pic.twitter.com/8EVGneJDZ1

Pierre-Louis, who currently resides in Mount Laurel, Burlington County, has been a partner at the Philadelphia-based law firm Montgomery, McCracken, Walker & Rhoads. She began her legal career at the firm straight out of law school and returned in 2019.

She served for nine years in the U.S. Attorney’s Office for the District of New Jersey as an Assistant U.S. Attorney, as well as the Attorney-in-Charge of its offices in both Camden and Trenton. She was the first African-American woman to hold that position in both district offices.

Pierre-Louis has also worked in the district’s Newark office, where she specialized in general crimes and organized crime/gangs, as well as clerked for the New Jersey Supreme Court.

A native of New Jersey as well, Pierre-Louis earned both her bachelor’s and law degrees from Rutgers University. She is also actively involved as a member or board representative in several legal organizations across New Jersey.