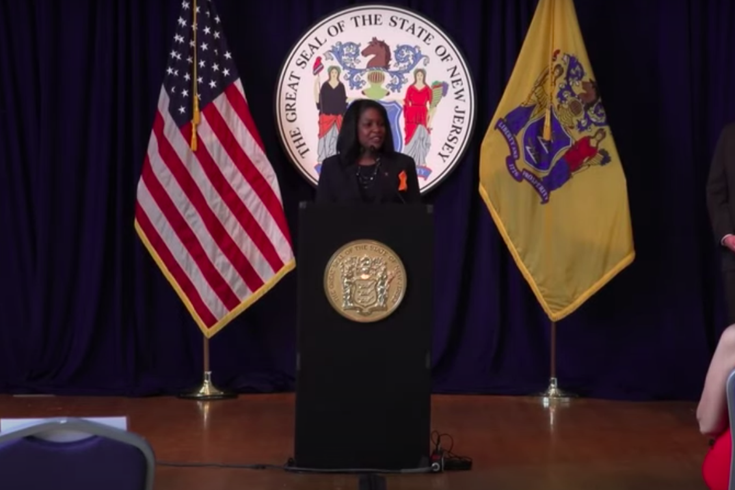 Fabiana Pierre-Louis, who works in Philadelphia and lives in South Jersey, has been nominated to the New Jersey Supreme Court.

Gov. Phil Murphy has nominated Fabiana Pierre-Louis to serve on the New Jersey Supreme Court, where she would become the first African-American female to serve on the state’s highest court if confirmed by the Senate.

Pierre, who currently resides in Mount Laurel, Burlington County, is a partner at the Philadelphia-based law firm Montgomery, McCracken, Walker & Rhoads. She began her legal career at the firm straight out of law school and returned in 2019.

She served for nine years in the U.S. Attorney’s Office for the District of New Jersey as an Assistant U.S. Attorney, as well as the Attorney-in-Charge of its offices in both Camden and Trenton. She was the first African-American woman to hold that position in both district offices.

Pierre-Louis has also worked in the district’s Newark office, where she specialized in general crimes and organized crime/gangs, as well as clerked for the New Jersey Supreme Court.

A native of New Jersey as well, Pierre-Louis earned both her bachelor’s and law degrees from Rutgers University. She is also actively involved as a member or board representative in several legal organizations across New Jersey.

Upon confirmation, Pierre-Louis would fill the seat of retiring Associate Justice Walter Timpone on the New Jersey Supreme Court.

“I have spent my entire legal career in New Jersey, both private practice, and in government service as an Assistant United States Attorney at the U.S. Attorney’s Office,” Pierre-Louis said.

“It is extremely humbling to have the opportunity to continue the proud tradition of the New Jersey Supreme Court’s commitment to justice, equality, and fairness. I would like to thank Governor Murphy for this honor, and I am so grateful for the opportunity to serve the people of New Jersey.”

“A core tenet of my Administration is a commitment to an independent, fair-minded judiciary that reflects the immense diversity of our great state,” Murphy said.

“As a first-generation American, Fabiana brings both a sharp legal acumen and the perspective of her own past that will greatly benefit the proceedings of our state’s highest court. In addition to her esteemed legal career, Fabiana’s humility, empathy, and character are all traits that make her well-suited to become the next Associate Justice and the first Black woman to serve on New Jersey’s Supreme Court.”