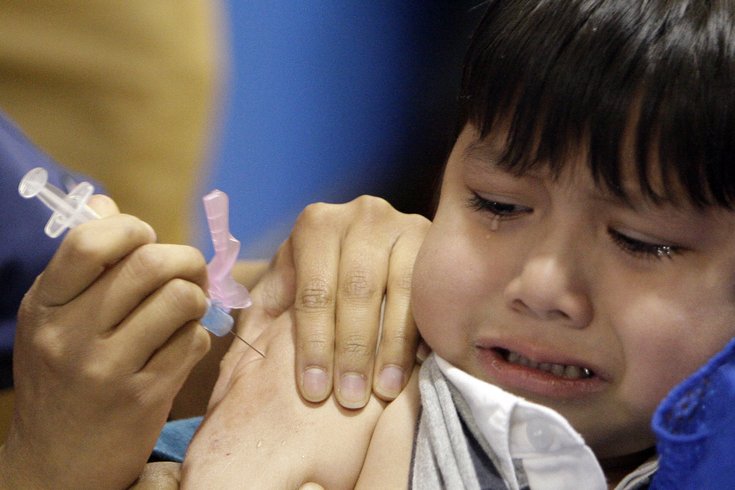 Edwin Garcia, 5, reacts as he gets a vaccination at Carlin Springs Elementary School in Arlington, Va.

A health clinic in Salem County has been closed down after being accused of giving the wrong vaccines to several South Jersey children, including injecting a 2-year-old boy with a high dose of a Gardasil, a cervical cancer vaccine.

According to NBC Philadelphia, an audit of 22 patients records at a free "Shots for Tots" clinic operated by the Salem County Health Department at Memorial Hospital of Salem County in Mannington Township found at least five toddlers were reportedly given the wrong vaccines between July 2014 and June 2015.

The clinic has since been shut down and a nurse who allegedly gave the 2-year-old boy Gardasil was fired. The child's parents and doctors have been notified and the effect of the faulty vaccination is not yet known.

Health officials told NBC Philadelphia the boy may suffer neurological damage as a result of the injection.

The audit also found $20,000 worth of vaccines were not properly refrigerated. The medication was disposed.