By Bryan Bierman
PhillyVoice Contributor
Bad For You Rita's
from 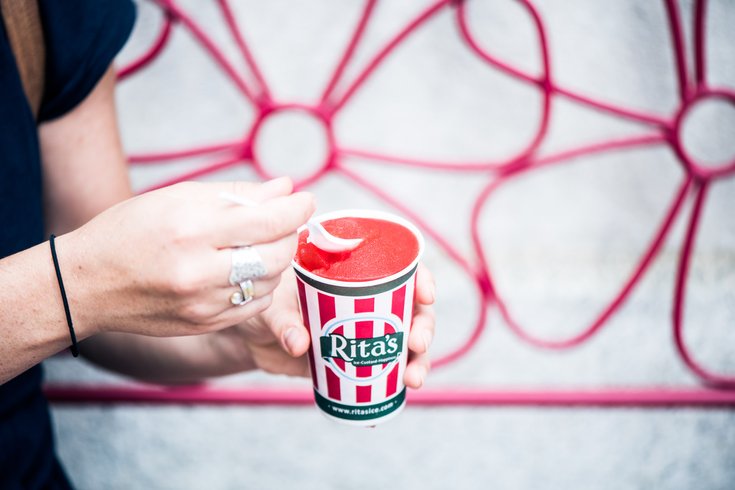 No matter how old you are, no matter how bad the team is playing, it’s always fun to go to the ballpark in the summertime. It’s the reason baseball is Japan’s national pastime. (America’s pastime now being binge-watching/talking about “Stranger Things”)

When I was a kid, I loved going to a Phillies game, even though they were pretty terrible in the mid-to-late ’90s. Back then, they’d actually give away free tickets to home games in packages of Phillies Franks you could buy at the supermarket. If that sounds like a joke, it’s not.

I didn’t play much baseball, or any sports, growing up, so perhaps part of my enjoyment of the game has something to do with the slew of kids’ baseball movies: There was the one where the team is haunted by angels; the one where the kid has surgery, which makes him a great pitcher; and the one about the magic horse who can rap but only when he plays shortstop. (According to Bing, I made that last one up — weird, because I have such a vivid memory of that horse turning a double play.)

It wasn’t all fun and games, of course. Before the games at The Vet, they would show a short, poorly animated video explaining the rules of the ballpark and all of the hazards to look out for — including baseball bats flying out of the batter’s hands and into the stands. This was depicted by a fan in Phillies regalia with a bat going right through his head. I quickly added it to my growing list of irrational fears. (I have been looking for a video of this for years with no luck.) But for one of those helmets filled with ice cream, I would risk of getting my skull impaled. 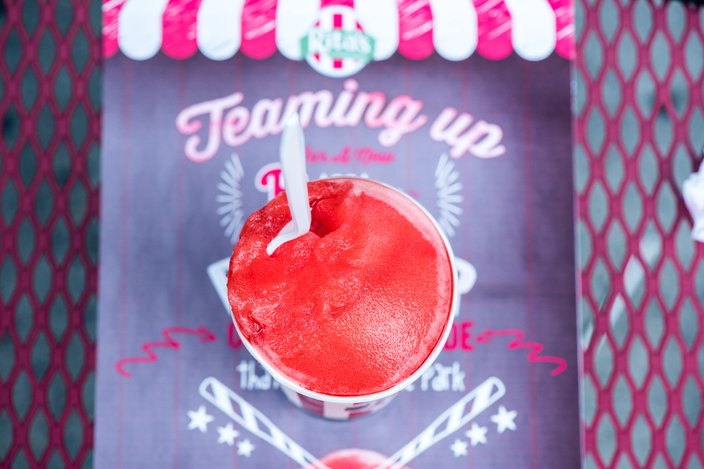 To celebrate this new arrangement, Rita’s is offering a limited-time cherry lemonade “Phillies Phlavor” at most of its locations. Every single person that I’ve told about this review has asked me the same question: “What does cherry lemonade have to do with the Phillies?” To that, I don’t have a great answer. I assume they picked the flavor because lemonade is pretty summery and the Phillies’ color is red like cherry, even though the result of the combination is actually closer to pink.

I have a very big soft spot for Rita’s. I think their cherry water ice is the platonic ideal that all water ices should strive for, so this new spin definitely has some massive shoes to fill.

Unfortunately, the Phillies Phlavor never truly delivers. By taking two of the boldest flavors and blending them together, it ends up dulling the vibrancy of both originals. The lemon never reaches its tart potential, while the fusion also takes away most of the “juiciness” of the cherry. It also has a weird pink frothiness, which is super-unappealing to look at.

This isn't bad by any means, it’s just superfluous. Unnecessary.

One of the most pleasant hallmarks of summer for me is getting a bite of a real piece of cherry in a Rita’s cherry water ice. That is a first-ballot Hall of Fame-worthy treat.

This cherry/lemonade combo is about on the level of the team in “Ed,” the movie about a chimp that plays third base starring Matt LeBlanc. (That one is somehow real.)

Verdict: Swing and a miss. Enjoy a cherry or lemon by itself, instead — preferably at a Phillies game.