Bad For You - The Aisle of Misfit Treats

Some were hidden, buried on the back of the shelf with the logo facing the wall. It’s as if they knew.

By Bryan Bierman
PhillyVoice Contributor
Bad For You Entertainment 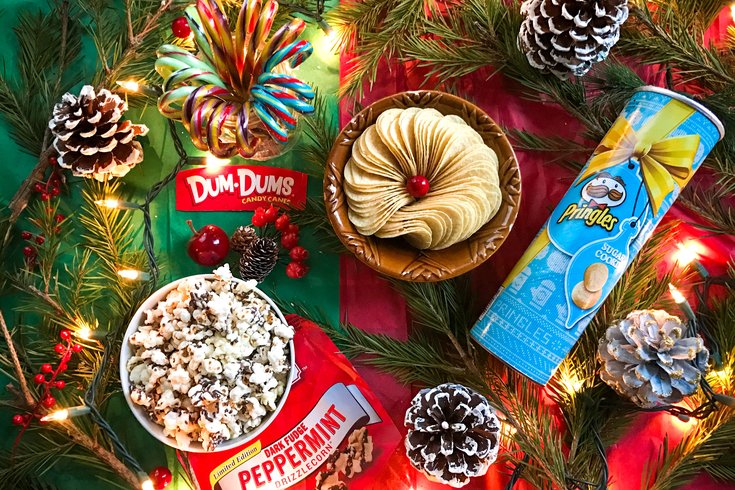 In this week's Bad For You, we'll examine three food oddities from the 'Island of Misfit Junk food' that not even the drugstore grocery shoppers will want to eat. At least we hope not...

While getting gifts is obviously the best part of Christmas, unfortunately, everyone has to pretend that the holiday is really a time for giving. There are those that say giving gifts is better than receiving them, but those people are either lying, or will soon try to recruit you for a pyramid scheme.

While giving gifts on Christmas provides literally no good feelings whatsoever, getting gifts does. It’s hardly a slam dunk every time though—you’re gonna get some clunkers. That’s just the name of the game.

Many of these crap gifts come from a drug store chain like Walgreen’s or Rite Aid and are usually purchased on the drive over to your family’s Christmas dinner. Since a lot of people procrastinate and/or just don’t love their families, there is a huge market for these normally-unwanted items. It’s these kinds of people that singlehandedly keep Chia Pets in business. (“My nieces and nephews will definitely want this Chia Trump.”)

There are items, however, that do not sell for Christmas, collecting dust on the clearance aisles days after. This is the crappiest of the crap. These are the things nobody would want, just like The Island of Misfit Toys.

On the other side of this lonely aisle is the Christmas candy and snacks that not even your Aunt Patrice would buy. I call this The Aisle of Misfit Treats, filled with the food equivalent to a train with square wheels on its caboose.

I bought three of these unwanted snacks and gave them a good home. However, this is not a charity, so I’m going to eat them and (probably) mock them on the Internet. 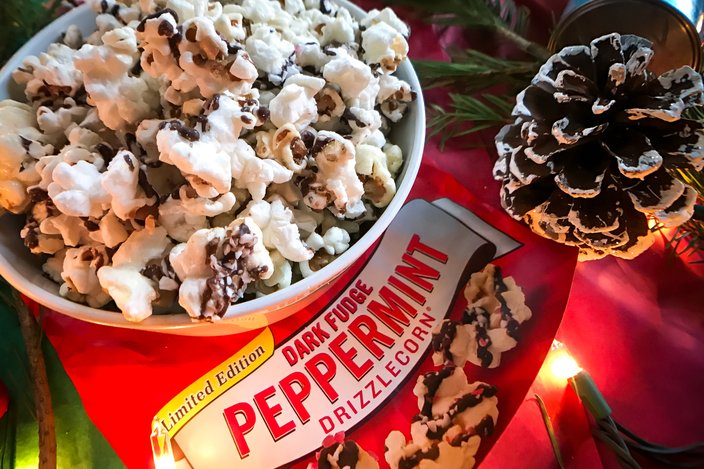 The first leftover item is Popcorn, Indiana’s Dark Fudge Peppermint Drizzlecorn. This caught my eye in the aisle, as some years ago, I used to work at a gourmet popcorn store inside Liberty Place called Dale & Thomas’ Popcorn, which was later owned by Popcorn, Indiana. That store closed its doors about a year after I was laid off. It was right in the midst of the Great Recession and people realized they didn’t want to spend $9.50 on an instant diabetic coma made of Oreo pieces with the occasional popcorn piece. Dale & Thomas has since gone out of business, but it was during this short time when I first came face-to-face with the cold, hard truths of the snack industry: They will chew you up and spit you out with no remorse.

The Dark Fudge Peppermint Drizzlecorn is a limited-edition item, and giving how well they sold, I’m sure it will stay that way. My immediate reaction after first bite is that this popcorn is stale. However, these are Misfits, so I can’t complain too much. You think that spotted elephant or the water pistol that shoots jelly were fresh? You know that island must have smelled terrible.

While there’s no getting around the staleness of the corn, the dark fudge drizzled on top is solid, not too bitter for dark chocolate, with the right amount of sweetness. However, the peppermint pieces on top, which are the true calling card of this dish, are the weakest link. Depending on the mound of popcorn you pull out of the bag, there may be too much peppermint in one bite. It can sometimes feel like you’re brushing your teeth, which is ironic, as you’ll need to after you eat this to get those stuck stale kernels out. 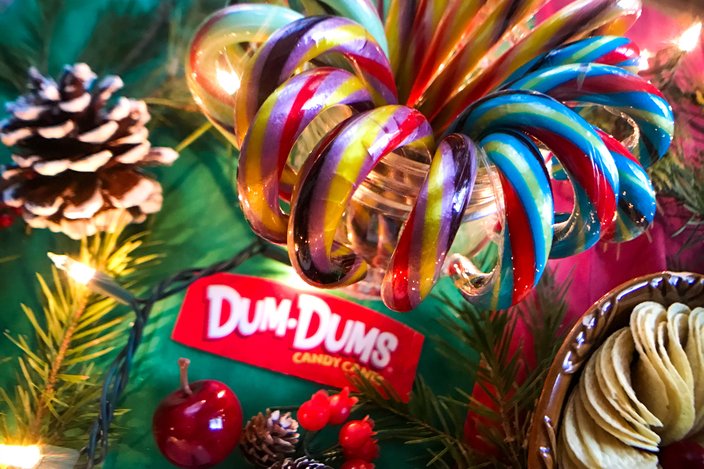 Next up on the unwanted list are Dum Dums-flavored candy canes – nothing like the peppermint ones of the previous food. These are flavored after the original lollipops, Cherry, Watermelon and Blu-Raspberry.


As I mentioned in our unwanted Halloween candy roundup, I’m a big fan of Dum Dums. I gave them out for Halloween and ate way too many of them. I still occasionally find a stray pop in random places in my house. I was blacked out for most of it.

This is their take on candy canes and it's exactly what it says it is. These are just candy cane-shaped Dum Dums. The cherry tastes like cherry. The watermelon tastes like the watermelon. The snozzberries taste like snozzberries! They even got the specific “tang” of my favorite blu-raspberry right. The only downside is the new shape means that there is way more than a usual Dum Dum. The original lollipops, while small, are the perfect amount. This is equivalent to five or six. 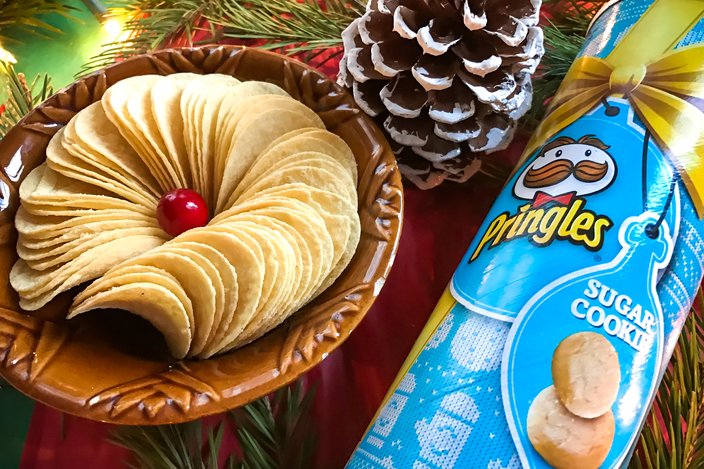 The last Misfit Treat is Sugar Cookie-flavored Pringles, a flavor that nobody has ever asked for. This is a new flavor for Pringles this year, to join two other returning holiday flavors of Pecan Pie and Salted Caramel. These were hidden on the top shelf of The Aisle of Misfit Treats, buried in the back with the logo facing the wall. It’s as if they knew.


At first bite, Sugar Cookie Pringles tastes like a sugar cookie! It’s sweet and you can taste the cookie with your eyes shut. Then the sugar goes away and you’re eating a Pringle, a chip that is not a cookie, nor tastes like one. The transition period between the two is quick and awful. Then the strange, bitter aftertaste comes in and will not go away. By the end, I was checking to see if these were expired. Your tastebuds go through the five stages of grief with each chip.

This made my mouth confused and sad, like falling in love at first sight, then realizing that person is actually a mannequin.

Aunt Patrice = Get a grip