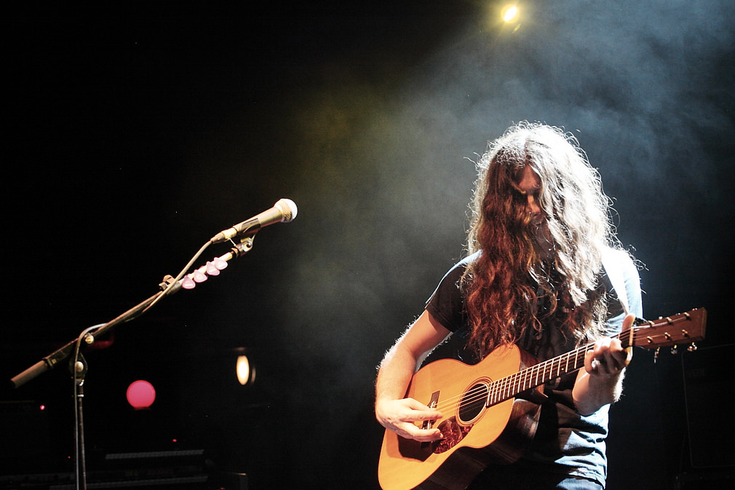 Just look at the name, Diarrhea Planet. Diarrhea Planet like to have fun. The Tennessee pop-punk outfit never takes themselves too seriously, and they’re a live band first and foremost. For that reason, the question of their legacy—they’ve just released their third album—will play out on stage, where they play loose, fast, and a little reckless.

Before the year is up, local legend Rich Medina is bringing his HOME event back to Philly. The celebrated DJ and poet has been taking the dance party around the country, mixing house classics and rare grooves for eager and in-the-know circles. On Friday, he’ll dig deep into his crates to treat his own hometown crowd to a special treat at Silk City.

Despite a year of deteriorating health, H.R., the lead singer of the pioneering D.C. punk band Bad Brains, has seen his legend further cemented. In the span of a few months, H.R.’s career will soon have been the subject of both a documentary and a biography, and the now 60-year old icon has soldiered on performing his characteristic latter career blend of swampy reggae punk.

The Ohio band Guided by Voices is an enigma in more than a few ways – not quite fitting in anywhere and attracting droves because of their in-between status. In the 20 years since their magnum opus, “Alien Lanes,” GBV has been through a handful of iterations, getting weird and workmanlike at once. In 2016, Guided by Voices released their 23rd album, though it’s actually a one-man show with the band’s leader, Robert Pollard, playing every instrument on the record himself.

Philly hip-hop polymath Lushlife will be ringing in 2017 from behind the Johnny Brenda’s turntables, spinning “escapist jams for the end of the world” at the Fishtown institution’s downstairs bar. Lush returned with a new, full-length album in 2016, and followed promptly with a short EP called “No Dead Languages” that bears out his essential blend of futuristic nostalgia.

Almost a year-and-a-half after the release of his critically acclaimed sixth album, Kurt Vile is finally wrapping up his “b’lieve i’m goin down…” tour next month. But before he closes the book on this career high point, the local hero is throwing a hometown bash for New Year’s. The extravaganza even got a dedicated promo clip starring Vile, of course, but also the Eagles defensive end and indie rock superfan Connor Barwin screaming his lungs out.

If you’re looking for an early, classy night of music on New Year’s Eve, the Philadelphia Episcopal Church will host a Choral Arts performance of six Bach Christmas cantatas first performed in 1734. Each cantata is brief and distinct enough to stand alone, but the lengthy unified statement makes for a holiday treat.