Bedbugs, kids having kids and tragedy: a day in a Philly courtroom

Several horrible cases were heard in Courtroom 306 on Wednesday, but they weren't the full story 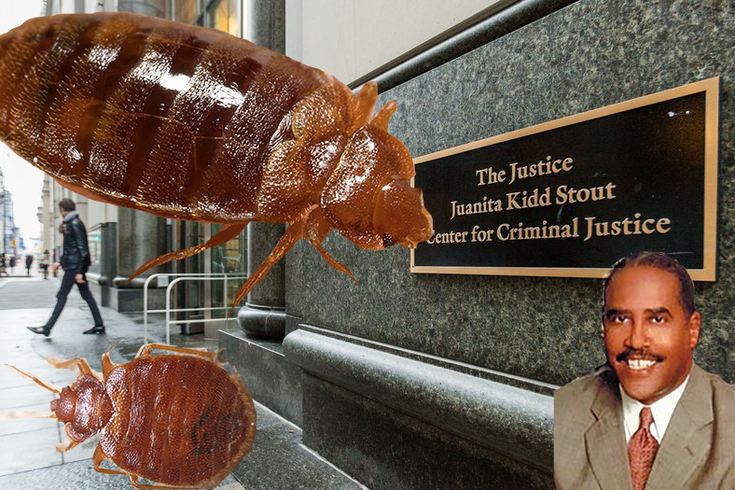 Bed bugs and young parents were on the mind of Municipal Court Judge James DeLeon at the Criminal Justice Center on Wednesday.

If you spend much time in Philadelphia’s Criminal Justice Center, you’re likely to stumble across a day that takes on a life of its own. Amid the tragedy that binds many who enter the building together come moments of peculiar entertainment value and dark insights into the human condition that are impossible to ignore.

Wednesday inside Courtroom 306 was a case study in this.

I was there to cover a preliminary hearing in the case of two teens charged with murdering Saleem West, 16, as he rode his bicycle in North Philadelphia on Nov. 1, 2015. It came two days after many of West’s relatives attended a “homegoing ceremony” for West’s cousin, Dontay Walker, who died after jumping off Roosevelt Boulevard to flee a head-on collision that he caused.

Note to Philadelphia Juvenile Justice Center officials: Check for bedbugs. One of your incarceree’s might have brought them back from court on Wednesday.

For West’s relatives – and those of defendants Rahiem Feaster and Tyree Johnson – it would be a long day of waiting in a courtroom with bulletproof glass separating the crowd from the lawyers, judge, witnesses and suspects. Arriving by 9 a.m., they wouldn’t leave for more than seven hours.

The caseload before Municipal Court Judge James DeLeon started with the tragic case of Dior Jenkins, a 4-month-old girl allegedly shaken to death by her 19-year-old father, Donte, last July.

DeLeon heard Donte's preliminary hearing. There, Special Victims Unit Detective Brian Meissler read a statement in which the suspect said, “I would never hit a woman and never hit or harm a kid. I take that personally.”

The suspect also tried to blame Dior’s death on his 3-year-old son, who may or may not have stepped on her in a car seat while getting out of the vehicle a week or so before.

“It happened when I was asleep, so how could I do it?” he’s said to have asked investigators.

Hearkening back to the scene, police maintained the only time the accused showed much emotion was when an electrical outage prevented him from heating up a piece of pizza. He also noted that his 3-year-old son will have to come to grips with the fact that “he’s the reason his little sister isn’t around.”

Defense assertions were countered by Assistant Medical Examiner Bruce Wainer, who said the massive brain injuries and broken ribs couldn’t have been caused by a 3-year-old, nor could they have been lingering for more than a week.

Though defense attorney Edward Meehan asserted that there is some disagreement in the medical community as to whether “shaken-baby syndrome” caused death, DeLeon agreed with the prosecution’s desire to hold him for trial on a first-degree murder charge.

The case was tragic. The details were difficult to hear. The painful nature of a 4-month-old girl losing her life violently was profound.

To DeLeon, the case also led to some societal contemplation. He couldn’t get over the fact that the 19-year-old suspect not only had three children but first became a father at the age of 12.

He asked Wainer to remove his medical examiner cap and ponder whether “there is any training you’d get as a 12-year-old father about how to deal with a brand-new baby.” (Wainer said he didn't think so.)

Sure, the question was kind of out-of-the-blue, but as I sat there and pondered it, I realized that I – a first-time father at 37 – didn’t get any training and, quite frankly, was racked with fear when we brought the newborn home from the hospital.

While it was a total tangent, DeLeon’s question was oddly profound. It also lingered in his mind throughout the day, as you’ll see.

Next up on the docket was the case of Malcolm William, accused of fatally shooting Seth Fassett after getting into a beef over auto repairs near West Philly’s Carroll Park. 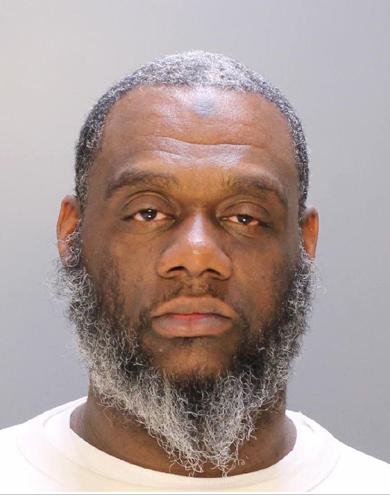 Authorities said Malcolm William, a repeat offender, has surrendered to police and faces murder charges in the Dec. 30 shooting death of Seth Fassett.

It wasn’t so much the details of this case that bear mention – he too was held for trial – but what a witness brought into court with him:

As in someone who saw the fight that turned fatal, went to the witness stand after removing his red bandana and spoke about the case, was infested with them.

After the victim’s brother sat in the same seat to testify, word soon made its way back into the courtroom that the previous witness’ had bedbugs in his apartment.

Apparently a witness has infected the witness stand with bed bugs.

Suffice it to say, this left DeLeon, the court reporter, attorneys, sheriff’s deputies and journalist sitting nearby (myself included) concerned. For the next homicide prelim, witnesses testified from the jury box, as everybody waited for a courthouse cleaning crew to address the bedbug issue.

The maintenance crew has vacuumed the witness-stand area; everyone is hopeful that the bed bugs have been cleared from the courtroom.

All the while, Saleem West’s family is still awaiting the pain of hearing testimony about what led to their 16-year-old loved one getting killed.

By 1:30 p.m., attorneys started talking about that case, but had to delay the hearing an hour as lawyers for the alleged shooters watched a videotaped version of one’s confession.

At 2:30 p.m., the first witness took the since-vacuumed stand. (Note to Philadelphia Juvenile Justice Center officials: Check for bedbugs. One of your incarceree’s might have brought them back from court on Wednesday.)

He wouldn’t talk for about a half hour, though, since the suspects were delayed in being brought to the room.

“You didn’t find it interesting that the other defendant had raised a kid since he was 12? He’d done OK for six years. Then, it went off. Married at 18; three kids,” DeLeon said to Assistant District Attorney Kristen Kemp.

“Yes, your honor,” she said, not really getting sidetracked from the hearing that would soon start.

There would be another interruption when – despite numerous warnings to turn mobile phones off and store them away – West’s mother’s rang in the middle of testimony.

“I don’t understand,” DeLeon could be heard saying when the phone was temporarily seized but returned to West’s mother when it was verified that she wasn’t taking pictures of witnesses. "This is her son that this man is talking about and she’s playing with her phone?"

“Everybody’s had a long day,” Kemp said to the judge.

By 4:15 p.m., DeLeon ordered that West’s alleged shooters be held for trial.

It was time to call it a day and as reporters were leaving the jury box – where they sat throughout the proceedings – DeLeon looked past the potentially bedbug-infested witness stand and said, “a father at 12 years old,” sparking a conversation about parenting as families ripped apart from violence exited the room.

“What,” DeLeon said aloud, “does that say about society?”