For some, a reduction in health care costs might spur behavioral changes. Others find their motivation elsewhere 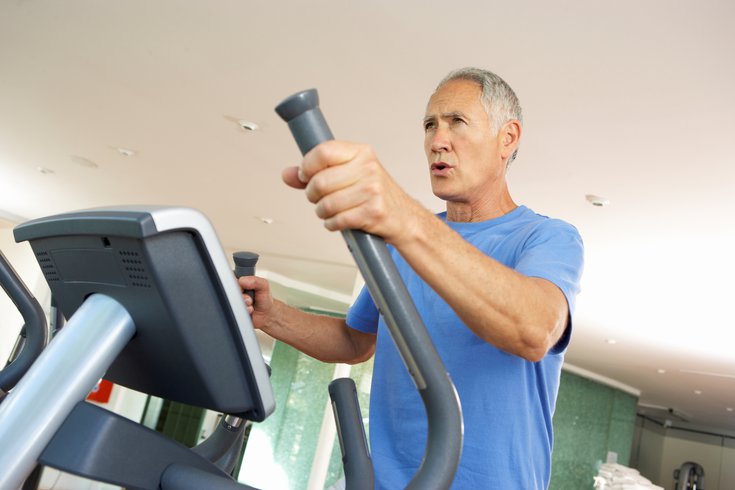 Financial incentives, like a reduction in health plan costs, may help spur some people to exercise more frequently, a habit that carries short-term and long-term benefits.

They say that money talks, but does it motivate?

Finding the inspiration to live healthy can seem like an endless search. Readers of my articles will know that I'm squarely in the intrinsic motivation camp. That's the belief that the strongest and most sustainable incentives reside within our emotional relationships, the people and activities that mean the most.

However, there are other camps. One that gets a lot of attention is behavioral economics. Proponents say that financial incentives can be leveraged to overcome poor habits and spur healthy practices. It's the rationale behind the gym membership payments offered by health insurers and employers. It's their bet that the workouts will improve your health and ultimately save them money on the cost of your care. The ultimate goal is that you permanently adopt the healthy behaviors and everybody wins.

But does it work?

Unlike classic economics, which relies on rational decisions influenced by an individual's economic interests, behavioral economics incorporates psychology to explain the contradictory behavior we witness every day. Under traditional economic theory, an individual would understand the financial consequences of unhealthy behavior and intuitively conjure up the discipline to lead a healthy lifestyle.

The real-life experience proves otherwise. As described by Thomas Rice, a health policy professor at UCLA, behavioral economics acknowledges that people often do not act rationally in the economic sense, make myopic decisions based on inadequate understanding of alternatives, and do not necessarily learn from their mistakes. As a result, people grapple with self-control, putting far too much value in present enjoyments versus future wellbeing.

In practical terms, people will repeatedly eat the donut, remain inactive and ignore the long-term consequences of their actions. The research proves this point.

There is a distinct economic incentive to living healthy. The U.S. Centers for Disease Control and Prevention has estimated that a sustained 10% weight loss will reduce an overweight person's lifetime medical costs by $2,200 to $5,300 by lowering costs associated with hypertension, type 2 diabetes, heart disease, stroke and high cholesterol.

Research cited by Rutgers University shows that inactivity has been estimated to cost $670 to $1,125 per person per year. Further, people in poor health often die at a relatively young age and spend thousands of dollars on prescription drugs and health care costs. That's money that could otherwise have been invested. And many don't live long enough to collect the pension and Social Security benefits that they spent their lifetimes contributing to.

Finally, according to the American Heart Association, moderate to vigorous physical activity of at least 30 minutes, five days a week, is associated with significantly lower health care spending and resource utilization among people with and without established cardiovascular disease.

The effectiveness and long-term sustainability of behavioral change when incentives are targeted at the more challenging behaviors, such as smoking and obesity, is less well known, according to BMC Public Health. But financial incentives are increasingly seen as an important vehicle to prompt behavioral changes that can lead to healthier lifestyles.

Incentives can take a number of forms, including cash or vouchers that can be exchanged for desirable items. The apparent enthusiasm for using incentives to influence health behaviors has come about as the full economic and social costs of unhealthy behaviors have become apparent, and with the finding that health behaviors can be significantly affected by the structure of economic incentives that individuals face.

Research conducted by the Mayo Clinic showed that weight-loss study participants who received financial incentives were more likely to stick with a weight loss program and lost more weight than participants who received no incentives. According to Dr. Steven Driver, the study's lead author, sustained weight loss can be achieved by financial incentives which can improve results, compliance and adherence.

When Harvard Medical School examined whether financial incentives can help change unhealthy behavior after common sense and medical advice have failed, they cited studies on smoking and obesity that supported their response as a qualified yes.

Uri Gneezy is a behavioral economics professor at the University of California, San Diego. As he outlined in the Guide to Behavioral Economics, incentives can help by increasing or decreasing the motivation to take up a certain activity, by changing the cost or benefit of the activity. Gneezy pinpointed the core factor targeted by behavioral economics. The health consequences of unhealthy behaviors are in the distant future, but cold, hard cash can be given in the present. The goal is to change perceived value using incentives and motivate people to change a behavior they already know they should change, and do so with a limited budget.

Psychologists will continue to debate the best path to behavior change that lasts, particularly as it pertains to your health. The conversation is probably best framed not as a choice between approaches, but rather what will might work best for you, or how the theories can work together. Advocates of behavioral economics recognize the risks of sustaining adopted practices when the incentives cease. Backers of intrinsic motivation acknowledge that individuals can internalize new behaviors even if they were financially jump-started.

A reduction in your health plan costs may be just the thing to get you to stop smoking or join a gym. In the process, you may recognize that kicking the habit can have both short-term and long-term economic benefits — benefits that may accrue to your family as well.

If you don't have access to incentives from an employer or your insurer, there is still a strong argument that a healthy lifestyle can reduce your out-of-pocket medical costs. Cutting fast food, reducing alcohol intake and limiting red meat are just a few of the practical steps that also can drop expenses. No matter where you find your motivation, its important to know that there is more than one way to conquer your challenges.