Men, it's time to make the routine doctor's visit a habit 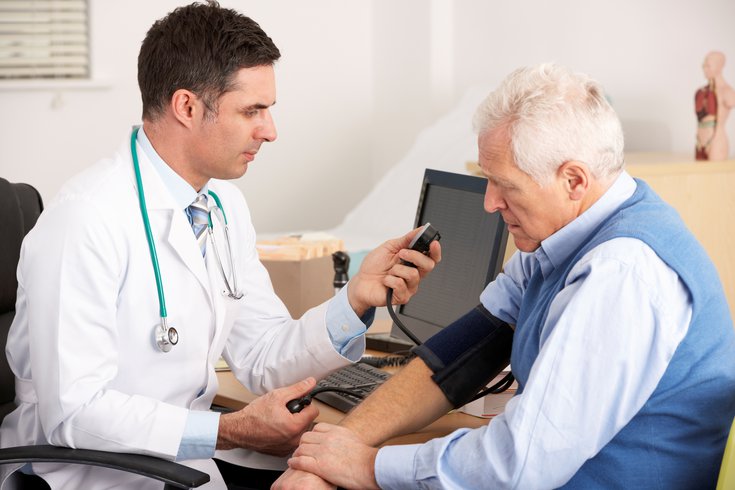 Men are notorious for avoiding the doctor, but an annual physical provides many benefits. Among them: Doctors are trained to catch problematic health issues during their early stages, when they usually are more treatable.

It's one of the most important elements of a healthy lifestyle. There's no sweat or pain, no major time commitment, and no memberships or high-priced equipment to buy. Still, men are incredibly apprehensive and do everything they can to avoid it, despite the added risk men carry due to the unhealthy choices they make.

What could be so treacherous to prompt the manliest of men to do almost anything to avoid it? How about the annual physical?

While it represents the foundation for healthy behavior, the routine doctor's visit is not so routine for many men. The "why" behind this behavior is well documented, though not well reasoned. The answer, like so many of the behavior-based challenges in medicine, seems to lie somewhere between the stereotypical views of manhood and a change in cultural norms.

Yes, while some men may perceive themselves as the less-emotional, more rational gender, when it comes to the simple act of making a doctor's appointment, a man's behavior is quite the contrary.

In a survey conducted by the Cleveland Clinic, only 50% of men said they consider getting their annual check-up a regular part of taking care of themselves. Worse, even among the men who take their health more seriously, researchers found that 20% admitted they have not been completely honest with their doctors.

The American Academy of Family Physicians found that 55% of men surveyed had not seen their doctors for a physical exam in the previous year, even though 40% of them had at least one chronic condition. Nearly one-fifth of men ages 55 and over said they had never undergone screening for colon cancer, and almost 30% said they "wait as long as possible" to seek medical attention when they are feeling sick or in pain.

An online survey issued by the Orlando Health hospital system found there are several reasons why men may be reluctant to visit the doctor for an annual exam. They included: too busy to go (22%), afraid to find out what may be wrong (21%), getting prostate, rectal or other uncomfortable exams (18%), answering personal questions (8%), getting on the scale (7%), not wanting to be naked under a gown (7%), the exam rooms are cold (4%), and something else (9%).

Really? Clearly, while men may profess to be concerned about their health, if not for themselves but for the others in their lives, the evidence proves otherwise and the rational is lame.

The case for an annual physical

According to Duke University Health System, annual physicals create a health baseline and strengthens the patient-physician relationship, which is important to maximize wellness. They suggest that a face-to-face wellness visit helps you connect with your doctor, establish trust and share your health care preferences before serious illness hits. It's also an opportunity to discuss important health issues like disease screening and lifestyle changes tailored to you. The best way for you to receive comprehensive, personal care is for your doctor to know you at all levels of health.

Mount Sinai Medical Center says that when you have regular medical checkups, there's a much greater chance of discovering any health issues than if you were to rely on discovering them at home. Doctors are trained to observe symptoms, and to know what causes those symptoms, so early detection gives you a much better chance of overcoming a health problem or disease, because it's caught in its early stages. Early detection also leads to far less expensive medical treatment. Whether you're paying for health costs out of pocket, or you have a good insurance package, the cost of prevention and early detection is far less than the cost of treating a disease or any kind of significant health issue.

Research from Frontiers in Psychology acknowledges that motivating people disinclined to engage in health behavior presents a significant challenge. They argue that effective strategies to promote behavior change among so-called "amotivated individuals" are relatively scarce.

However, the researchers contend that there are viable approaches. For example, by focusing on your values — the things that are most important to you, what you want most in life, and reconciling how your behavior fits in with your goals and values — you can help spur the motivation to change your behavior. Examining the discrepancies between your ideal life conditions and actual conditions may induce a desire to recalibrate daily behaviors to be more congruent with deeply-held, amotivated beliefs.

Can we buy our way to good health?

Other research has focused on behavioral economics, the use of financial incentives to spur healthy behavior. We're seeing this today with COVID-19 vaccines, but such strategies have been in use for several years.

Many health insurers have started member incentive programs that provide cash payments or other forms of value tied to physician visits or other healthy behaviors such as health club memberships. For the insurer, these payments are investments that reduce the risk to them of covering more serious and expensive health outcomes. It is also a bet that the member may ultimately continue these behaviors in the absence of the incentive.

Critics of behavioral economics argue that the key to sustaining behavior change is the internalization of the behaviors, and finding value beyond the monetary incentive, which they believe is restricted short-term change.

In my book, I've discussed the neanderthal culture that still persists among men. To this day, it is frequently cited when men are asked about their aversion to an annual physical. Men continue to believe that they are not supposed to be vulnerable to illness, and that visiting a physician is a sign of weakness.

Guys, its 2021. Come out of the cave. Put down your club, and get to the doctor. Be part of a cultural shift where men give their bodies the preventative care and attention they give to their cars. It's a rational choice and a routine worth starting.