Best candidate impressions so far from the 2016 presidential race 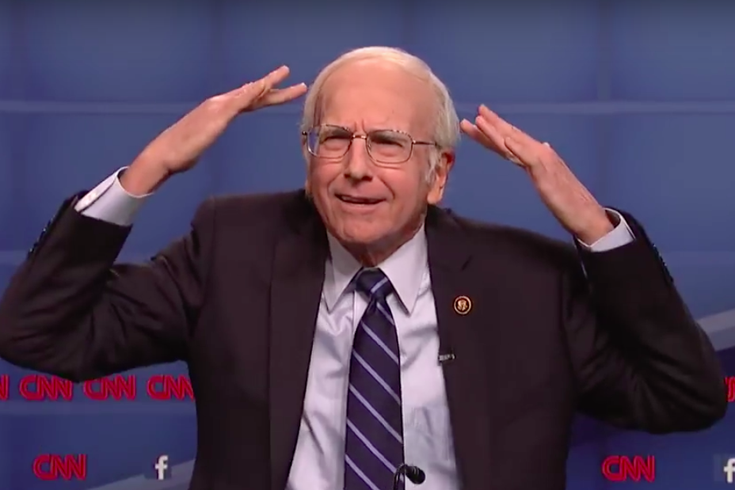 Larry David was praised for his impression of Bernie Sanders on Saturday Night Live.

In the history of modern American politics, a good campaign season isn't complete without equally good impressions of the candidates.

That fact was highlighted by USA Today recently. The newspaper picked the top 10 politician impressions from Saturday Night Live over the years, picking out a number of classic caricatures such as Will Ferrell's goofy George W. Bush, Tina Fey's uncanny Sarah Palin, and Chevy Chase's bumbling Gerald Ford.

The 2016 race has not been short of spot on impersonations, with a number of comedians stepping up to the plate to portray the slew of candidates vying for the presidency. Here are the best ones so far:

McKinnon has been tasked with carrying the Clinton torch from Amy Poehler since joining the cast of 'Saturday Night Live' and hasn't disappointed. She got the chance to be the former First Lady in front of the now Democratic front-runner at the beginning of the show's current season, bringing her super ambitious, robotic portrayal to contrast Clinton herself in a chance encounter at a bar:

Fallon has used his Trump impression on The Tonight Show frequently since "The Donald" has surged to the top of the GOP race. Fallon, like McKinnon, got to use his caricature in front of the candidate himself when Trump appeared on the show earlier this fall during a cold open segment where the Republican frontrunner talks to himself in the mirror:

We may not have Jon Stewart any longer as host of The Daily Show, and low poll numbers may force Sen. Lindsey Graham out of the Republican race sooner rather than later. Yet we'll always have Stewart's impression of Graham, a bit the former host did frequently during his tenure on the show. Here he is going all out after Graham's presidential announcement this summer, mocking his Southern drawl (impression begins around 2:35):

SNL's cold open debate featured McKinnon's Clinton, but was carried by Larry David's eerily accurate portrayal of Sen. Bernie Sanders, an impression that many media commentators said he was "born to do." David brings his unmistakable Brooklyn accent to channel Sanders' fiery political persona, even prompting Sanders to respond with a David impression of his own.