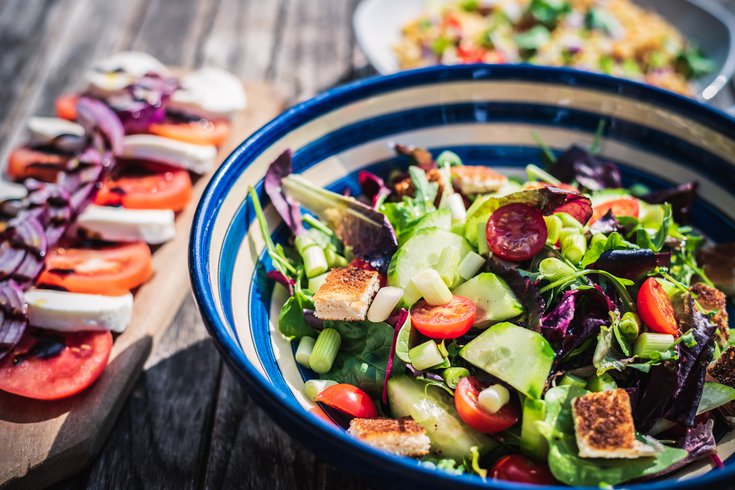 The Mediterranean diet topped the overall rankings for the fifth year in a row.

The best diets for 2022 include the Mediterranean, DASH and Flexitarian diets according to U.S. News & World Report.

A panel of U.S. nutritionists, dietary consultants and physicians helped determine the annual rankings by scoring 40 diets in seven areas. They included the ease of following the diet, its effectiveness at preventing cardiovascular disease or diabetes, and its nutritional completeness.

The Mediterranean diet was deemed the best overall diet for the fifth year in a row. According to experts, the regimen is heart healthy, helps prevent chronic diseases and improves longevity.

The Mediterranean diet emphasizes eating vegetables, fruits, whole grains, beans, nuts, seeds and olive oil. Fish and other seafoods should be consumed a few times a week, while red meat should be kept to a minimum. Only moderate portions of dairy and eggs are recommended.

The diet also was named the easiest to follow, the best for healthy eating, the best for preventing diabetes and the best plant-based diet.

Studies show it reduces the risk for diabetes, high cholesterol, dementia, memory loss, depression, and breast cancer, and strengthens the heart and bones, according to the report.

The DASH, or Dietary Approaches to Stop Hypertension, and Flexitarian diets again tied for second in the overall rankings.

Due to the DASH diet being low in sodium while also focusing on lean protein and fresh fruits and vegetables, it can help lower blood pressure and reduce the risk of heart failure.

The Flexitarian diet gives people a little more flexibility than others, by simply providing healthy recipes instead of asking people to adhere to strict rules like calorie-counting. The diet is mostly vegetarian, but allows for the occasional consumption of meat and animal products.

All three of these diets were touted for reducing or eliminating processed foods, while at the same time offering some variety and flexibility to make room for the occasional treat.

"Eating well to maintain a healthy body and mind is one of the most personal and necessary aspects of caring for oneself," said Gretel Schueller, managing editor of health at U.S. News. "'The U.S. News Best Diets' offers information on nearly every major diet out there, as well as targeted categories so everyone can find the right diet for their specific needs."

The Ornish diet also earned high marks, tying with the Mediterranean for the top spot in the heart-healthy category. It was created by Dr. Dean Ornish, founder of the nonprofit Preventive Medicine Research Institute in California, in 1977.

With the Ornish diet, only 10% of calories can come from fat, preferably unsaturated. Animal products – with the exception of egg whites and a daily cup of nonfat milk or yogurt – are forbidden. Experts say this is a very restrictive diet, but it is the only one proven in a randomized clinical trial to reverse heart disease without drugs or surgery.

The WW diet also tied for first in best commercial diets, along with the Mayo Clinic diet. The panel of experts emphasized the importance of the social support offered by both plans. They agreed WW provides a customizable, community-driven, long-term strategy for weight loss.

The Sirtfood diet centers on sirtuins, a group of seven proteins that regulate important functions of the body including metabolism and inflammation, according to Healthline.

Certain natural plant compounds have been shown to increase the level of these proteins in the body. Foods containing these plant compounds are emphasized along with calorie restriction. Some examples include kale, strawberries, onions, blueberries and walnuts.

Along with the best diets ranking, U.S. News also offers expert analysis for each diet. A new, seven-day, healthy eating course is available via email this year. It provides tips and tools for creating a healthy eating plan.