Thinking of trying intermittent fasting? Make sure it's the right diet for you

The trendy weight loss plan may offer short-term benefits, but experts say some people should avoid it 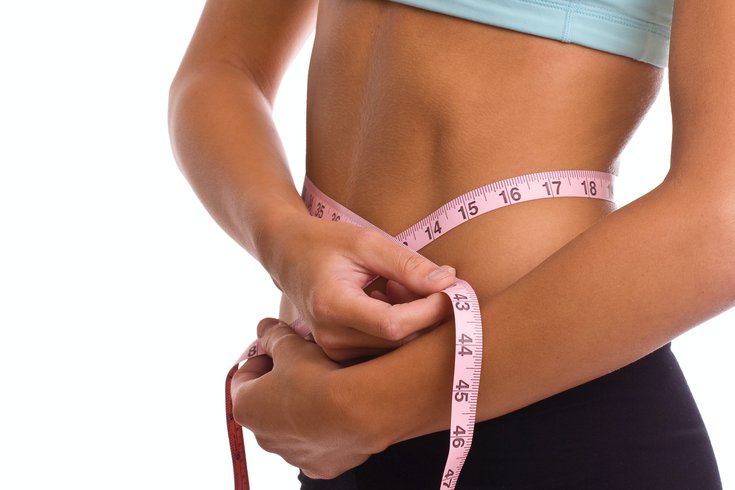 Intermittent fasting focuses more on when people eat rather than how much they eat. The diet includes periods of fasting or restricted calories.

Quarantine 15 still got you down? Using intermittent fasting to lose weight is not a new idea, but it has gained more traction in 2021 as a strategy for also improving overall health.

In March, Gwyneth Paltrow claimed that she used a form of it called "intuitive fasting" to help ease lingering COVID-19 symptoms.

The actress told Insider that she coupled "intuitive fasting" with the keto diet to improve her metabolism, which in turn helped with her lingering COVID-19 symptoms.

Health experts, however, say that these claims are not substantiated by current research. While studies have shown that intermittent fasting can lead to short-term weight loss, the long-term effects of restricting calories in this way is still not fully understood.

The current research remains a mixed bag of pros and cons, suggesting that intermittent fasting is not the right weight-loss strategy for everybody and should be undertaken with caution.

What is intermittent fasting?

Intermittent fasting focuses more on when people eat rather than how much they eat. The diet includes periods of fasting or restricted calories. It is separate from the fasting many cultures practice for religious or spiritual purposes.

One of the most popular forms is the 16:8 method, in which people only eat during an eight-hour window and fast the remaining 16 hours of the day. Another approach is to simply decrease the amount of time spent eating in a 24-hour period. For example, only eating during a six-hour window.

Other advocates prefer the 5:2 diet, in which people only consume 500 calories on two non-consecutive days each week. Some dieters prefer to do a 24-hour fast on those two days instead. Yet, others prefer fasting or restricted eating on alternate days or simply having one large meal a day.

Why is fasting for short periods of time so effective? Health experts say it sparks changes on the cellular level. When cells run out of the energy they have stored up, they convert more fat to energy.

This process — called ketosis — increases the production of ketones, an alternative fuel source made by the liver, according to the Mayo Clinic. Higher levels of ketones have been associated with better weight loss and other health benefits, including the reduction of epileptic seizures in children and improvements in cognitive, heart and tissue health.

"Fasting also affects metabolic processes in the body," the Mayo Clinic says. "These processes trigger a number of responses, including decreased inflammation, improved blood sugar regulation, and better response to physical stress. The research shows intermittent fasting could have other health benefits as well, but more study is needed."

A mixed bag of pros and cons

Though intermittent fasting has been used for years, studies on its possible benefits and side effects continue to produce conflicting findings.

According to Dr. Shilpa Ravella, a gastroenterologist at NewYork-Presbyterian/Columbia University Irving Medical Center, research also has shown that fasting for two to five days each month can reduce biomarkers for diabetes, cancer and heart disease.
Lowering the body's insulin and insulin-like growth factor levels increases cell maintenance, she explained, which slows down the aging process and reduces the risk of disease.

However, not all studies give intermittent fasting a glowing review.

Some studies have found that it works best when combined with other diets. Eating a large breakfast and then smaller portions for lunch and dinner can be highly effective, especially for reducing cardiovascular risk factors. Another study found it no more effective than simple calorie-counting.

One of the most recent studies found that there may be some adverse long-term effects. It suggests intermittent fasting can cause muscle loss.

The researchers focused specifically on the 16:8 approach and were surprised to find that weight loss was moderate, at best, and was accompanied by a larger than expected loss of lean mass, which includes muscles.

Participants who engaged in intermittent fasting only lost an average of 2 to 3.5 pounds, just slightly more than the control group. They also didn't display any significant improvements in fat mass, fasting insulin, blood sugar or blood lipids.

Those in the fasting groups lost 65% of their lean mass instead of the 20% to 30% normally expected with weight loss. Experts say muscle loss can affect mobility, increase the risk of falls and negatively affect metabolic health.

Some critics raised concerns over the validity of the study results, suggesting that 16 hours of fasting isn't enough to see weight loss. Others said that compliance to the diet regimen was problematic. Overall, the fasting participants walked about 2,500 fewer steps each day than those in the control group, which may explain why their weight loss was small.

Should you try it?

Fans of intermittent fasting like that they can eat what they want as long as it is during their restricting window, but the varied approaches can make it difficult to form any kind of consensus on its benefits or side effects.

The one thing that most experts agree upon is that more research is needed on the long-term consequences of the different forms of intermittent fasting.

Dr. Guy L. Mintz, director of cardiovascular health and lipidology at Sandra Atlas Bass Heart Hospital in New York, previously told USA Today that intermittent fasting is not right for every person, especially for people with diabetes who are taking medication or insulin.

Hypoglycemia — when blood sugar levels plummet — can increase the risk of falls, he said.

Kelsey Smith, a dietician nutritionist who works for STAT Wellness in Atlanta, told Atlanta Magazine that intermittent fasting also is not advisable for people with thyroid conditions, high blood pressure or heart disease.

Ravella added that people who decide to follow a restricted eating approach need to make sure that they are still eating a very healthy diet consisting mostly of fruits, vegetables, whole grains, nuts and beans, just in smaller portions.

Experts agree that the best strategy for overall health is to adopt healthy eating and exercise habits that can be maintained consistently over time.

Anyone considering intermittent fasting is advised to consult a health care provider and a nutritionist to ensure they are practicing it in a healthy way.