Vegan bacon and steak alternatives coming soon from Beyond Meat? 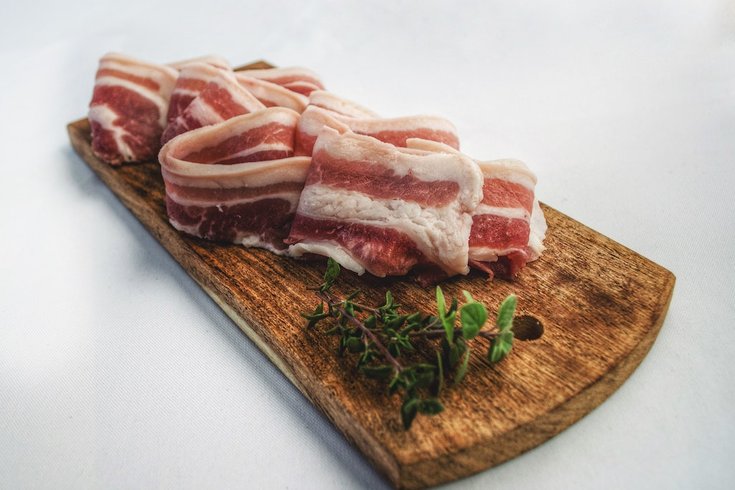 People are moving away from a meat-filled diet.

It’s hard to define the stronger force is in the push for more meatless meat options — is it the popularity of veganism, or the increased awareness surrounding the negative effects of meat consumption on both the planet and personal health.

Regardless, these meat-free alternatives have been popping up since 2018 when it was dubbed one of the top wellness trends of the year, and one projected to continue.

Beyond Meat, a plant-based company leading the charge in meat substitutions ranging from sausage to burgers and even ground “beef,” is said to be working on vegan versions of bacon and steak, CBS Philly reports.

There’s no coincidence that the forthcoming alternative meat products also happen to include some of the most popular “real” meat varieties, which can be the most difficult to replicate with plant matter.

Despite the reports, Beyond spokeswoman Allison Aronoff told CNBC vaguely that the company plans to “innovate any product in the meat case,” suggesting there’s no urgency in announcing the developing meat-free products.

Additionally, it was announced last week that Dunkin’ and Beyond are teaming up for a Beyond Sausage breakfast sandwich that will debut at Dunkin’ locations in Manhattan, CNBC adds.

There are a number of health benefits to consuming a vegan diet, one that is bereft of all animal byproducts (even honey!), including weight loss, lower blood sugar levels, improved kidney function, cancer protection, and lower risk of heart disease, according to Healthline.

On the flip side, red meat like steak and bacon — which is processed, making it even worse — is known to be detrimental to health in some cases.