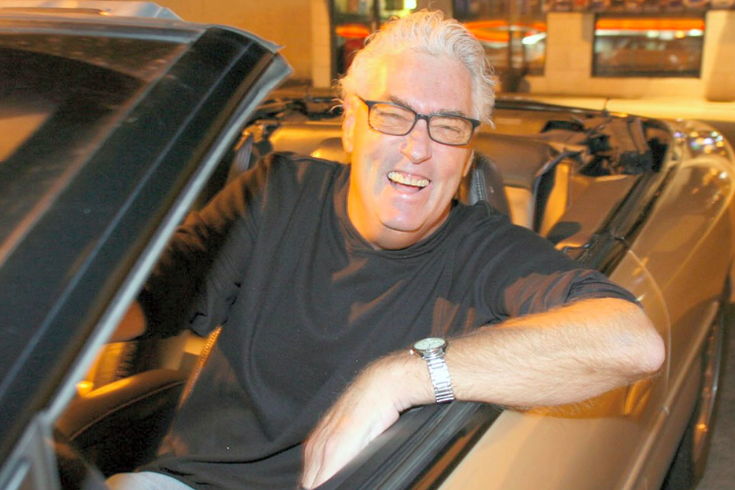 Philadelphia sports radio personality Big Daddy Graham, host of 94 WIP's overnight red-eye show, has been diagnosed with atrial fibrillation (AFib) after battling through an extended bout of hiccups that interrupted his on-air routine.

Graham, a comic and writer who has spent the past 16 years with WIP, first began experiencing uncontrollable hiccups on Feb. 26. Three days later, when they didn't subside, he posted on Twitter that the streak had extended to 101 hours.

As a precaution, Graham cut short a New York City trip and went to a New Jersey hospital to get checked out. He was released after five hours and began to experience the hiccups again within 10 minutes.

For a second opinion, the jovial Graham visited Jefferson University Hospital, where he was diagnosed with AFib, a condition that causes irregular heartbeat and can lead to blood clots, stroke, heart failure, and other complications of the heart, according to CBS News.

In the past, Graham has dealt with other serious health conditions – three back surgeries, three throat surgeries, throat cancer, and a mini heart attack – all of which he told The Philadelphia Inquirer is a consequence of his extreme schedule and careless habits.

"I'm a very bad eater with very bad hours, but that's the price I pay for doing a job I don't consider work," Graham said.

Common causes of AFib include hypertension, complications after heart surgery, chronic lung disease, and several other heart-related conditions. The risk of developing AFib increases after age 60, at which point symptoms can crop up on occasion or become permanent if left unaddressed. Common treatments include electrical and drug-induced cardioversion, which reset an irregular heart rate, and surgical procedures to prevent blood clots in more advanced cases, according to the Mayo Clinic.

Dr. Howard Levite, director of cardiology at Staten Island University, told CBS News that the link to hiccups in Graham's case is somewhat unusual, but not beyond the range of typical risk factors. He suggested that the relationship could be a reaction to the nerve that runs right behind the heart and is believed to be the trigger for hiccups.

Graham, grateful for the outpouring of support, again took to Twitter to thank his fans and express his appreciation.

Peeps!~I'm not on death's door~i have 2 address some heart issues & I appreciate yr concern