A Pennsylvania woman claims her dog was carried away by a bird of prey, but wildlife experts aren't so sure 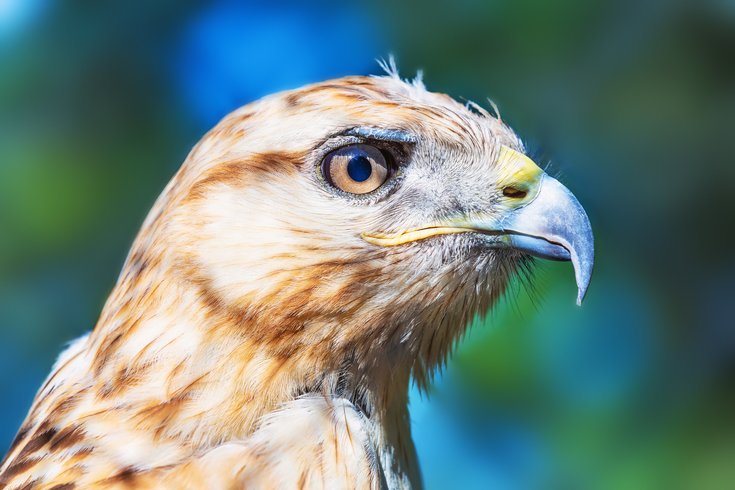 A Pennsylvania woman claims a hawk kidnapped her poodle in Allegheny County on Feb. 23, 2020. But the Hawk Mountain Sanctuary – the world's oldest birds of prey sanctuary – says the viral story is unlikely. The picture above depicts a red-tailed hawk, which are found throughout most of North America.

A Pennsylvania woman claims her toy poodle was kidnapped by a hawk last week in Allegheny County – but wildlife experts are poking holes in the viral story.

Deborah Falcione told WTAE that her 16-year-old dog, Porschia, went missing on Feb. 20 after a hawk allegedly picked it off her back porch and flew away with the pet in its talons. Falcione was reunited with her dog 28 hours later after a neighbor found Porschia four blocks away.

The Hawk Mountain Sanctuary Association — the world's oldest birds of prey sanctuary, located in Kempton, Berks County — responded to the story on Facebook. While the organization was happy that all ended well for the toy poodle, it found the owner's story to be inconsistent with that of a hawk attack.

The same is true of other birds of prey, including bald eagles and great horned owls, the sanctuary said. And these birds typically prey on animals that weigh between 1 to 1.5 pounds.

But Porschia's weight isn't the only factor that makes Falcione's story unlikely.

"If Porschia had been attacked by a raptor, she would have wounds from sharp talons and beak," the sanctuary added. "She also would've been found in the same place with no time having elapsed, since a raptor wouldn't have been able to carry her."

A veterinarian reportedly placed the dog in a heating tank after it was found. Falcione said Porschia was lethargic, but she did not mention any other notable injuries.

So what likely occurred?

The sanctuary suggests Porschia either ran away on its own or was kidnapped by another animal – like a coyote or a fox. It's also possible another human kidnapped the dog.