A selfie video can measure your blood pressure 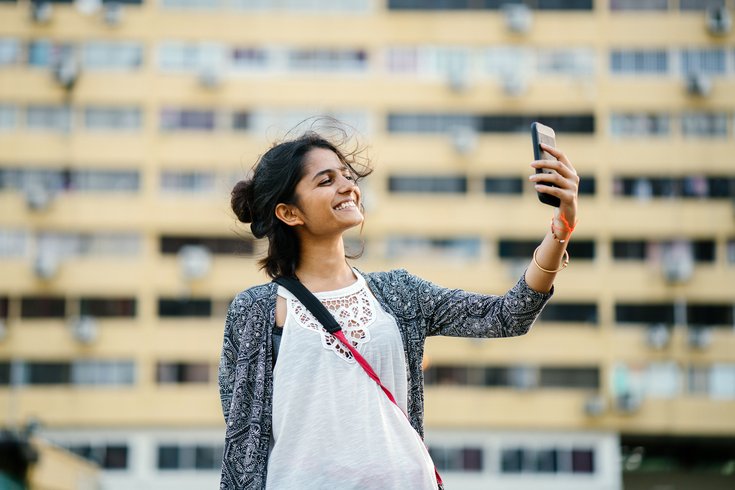 Researchers have developed a smartphone app that can accurately measure a person's blood pressure by taking a selfie video.

Apparently, a selfie can capture far more than an image.

It also can record a person's blood pressure with 95 percent accuracy – at least in tested populations.

Researchers found they could get a blood pressure reading during a two-minute video selfie through a process called transdermal optical imaging. They said they also measured a person's resting heart rate and stress levels.

During the video, light from the smartphone camera bounces off hemoglobin located just beneath the skin, reflecting a red light back to the camera's optical sensor. That sensor uses technology to visualize and measure blood flow changes.

Hemoglobin, which transports oxygen through the blood stream, is among various proteins that reflect light.

“From the video captured by the technology, you can see how the blood flows in different parts of the face," Kang Lee, who spearheaded research efforts at the University of Toronto, said in a statement. "And through this ebb and flow of blood in the face, you can get a lot of information."

Lee discovered the technology while trying to develop a contactless lie detector.

Eventually, the technology could be used as a preventative tool alerting users that they may have high or low blood pressure, which can lead to heart attacks and strokes.

A publicly available version of the app used in his research, Anura, allows users to receive measurements for their stress level and resting heart rate. An updated version that includes blood pressure measurements will be released this fall in China. But such a version in the United States is likely years away, as more research is needed.

The results of Lee's research, which included efforts by Hangzhou Normal and Zhejiang Normal universities in China, were published Tuesday in the American Heart Association journal Circulation: Cardiovascular Imaging.

Researchers used transdermal optical imaging to measure the blood pressure of 1,328 Canadien and Chinese adults. They compared the results to those taken by standard devices, finding a 95 percent accuracy.

But more research is needed from a sample with diversity, Lee said. The study only included people with regular or slightly higher blood pressure. Also, the sample mostly included people of East Asian or European descent.