The singer and his wife donated $5,000 in the fall to help save the site 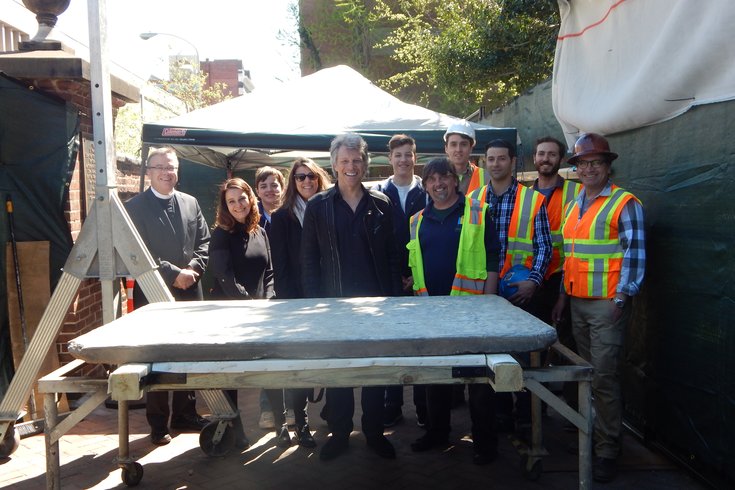 After a generous contribution, Jon and Dorothea Bon Jovi returned to a historic gravesite that they're partially responsible for saving.

The two visited the Christ Chruch Burial Ground Tuesday afternoon, the day after the anniversary of Benjamin Franklin's death on April 17, 1790.

The singer and his wife, who live in New Jersey, donated $5,000 to the church in November after a fundraising effort was launched to help repair a large crack that was found on Franklin's grave marker. Christ Church raised $14,000 through GoFundMe, surpassing its $10,000 goal.

"We are grateful for their support and were happy to give them a private tour of the Burial Ground," said Carrie Hagen, a spokesperson for the church.

Christ Church is planning a larger event later this month to commemorate the final restoration.