For a limited time, the chain will sell 10 different flavors at eight stores in the region 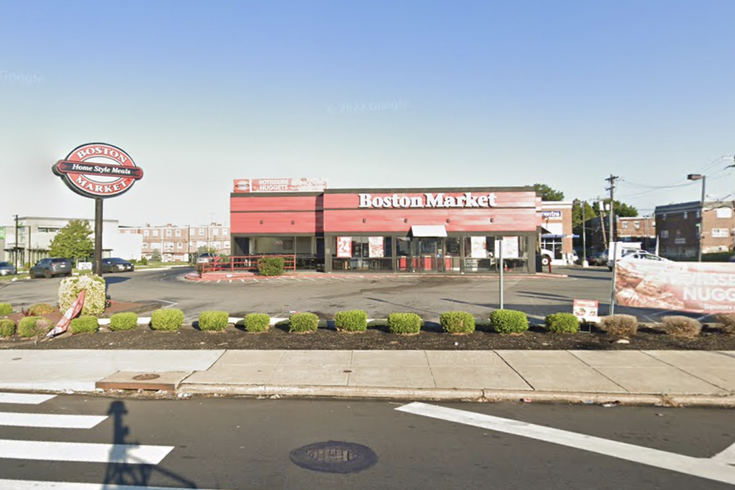 Boston Market's new chicken wings will be available for a limited time at eight stores in Philadelphia, including the one pictured above at 6350 Roosevelt Blvd.

Boston Market has always been known for its rotisserie-style chicken, usually sold as part of a platter that allows customers to mix and match sides that can be used to drench the chain's sweet cornbread rolls.

But starting this week, Philadelphia will be ground zero for a new experiment from Boston Market — rotisserie-style chicken wings.

The chain announced that beginning Monday, for a limited time, eight stores in the Philadelphia area will sell the new wings in 10 different flavors.

"Just in time for an Eagles tailgate or a Phillies watch party on their historic run in the World Series, Boston Market’s wings have a flavor for every fan!" the company said.

Customers can get a 10-piece order of wings in one flavor for $10, plus additional wings in increments of $5 to try out other options.

The eight participating stores are listed below:

Plans to try out chicken wings come after the company debuted rotisserie-style chicken nuggets this summer.

Boston Market was acquired in 2020 by Bucks County-based Engaged Brands, led by entrepreneur Jignesh Pandya under the Rohan Group of Companies umbrella. The company, whose footprint had declined to about 320 stores nationally, began an expansion last year that included several new locations in Philadelphia and the surrounding counties.