By Recovery Centers of America 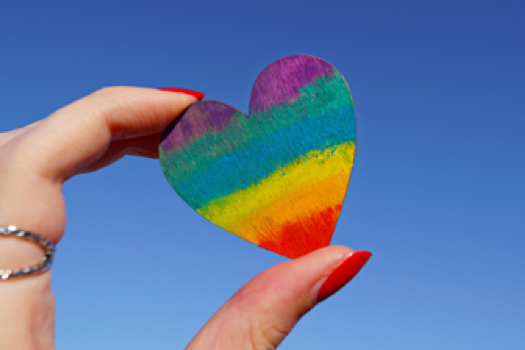 June is LGBTQIA+ Pride Month, commemorating the Stonewall Uprising of 1969, where the patrons and allies of New York City’s Stonewall Inn stood up in opposition to police harassment and discrimination against LGBTQIA+ individuals.

Since then, every June is a celebration of lesbian, gay, bisexual, transgender, queer/questioning, intersex and asexual individuals in their historic and ongoing struggles for justice and equality.

Through parades, parties, picnics and more, members of the LGBTQIA+ communities and their allies celebrate these enduring efforts on a local, national and international scale.

During Pride Month, we also honor those within these communities who have been lost to hate crimes or HIV/AIDS.

The Challenges of Addiction for the LGBTQIA+ Community

One way that we can participate in the month’s commemoration is to recognize some of the continuing struggles faced by the LGBTQIA+ community and consider ways that we can help.

As the LGBTQIA+ population faces greater stigma, discrimination, harassment and violence, they bear a higher risk of behavioral health issues, including addiction or substance use disorders (SUD). Just so, members of these communities report significantly higher rates of illicit drug use.

The connection between LGBTQIA+ identities and substance use disorders has been substantiated by recent studies.

One of the largest federally-funded surveys of its kind — the 2018 National Survey on Drug Use and Health (NSDUH) — collected data from sexual minority adults (defined there as individuals who identify as gay, lesbian or bisexual), comparing patterns of substance use between this population and heterosexual adults.

The results bore out the difference. In regards to marijuana use over the past year, 37.6% of the LGBTQIA+ population reported use, in contrast to 16.2% of the general population.

Opioid use (including heroin) stood at 9% among sexual minorities, compared to 3.8% of the other.

Separate studies have also shown an increased rate of nicotine use (both cigarette and e-cigarette), relative to the general adult population.

Overall, the 2018 survey found that members of the LGBTQIA+ population are twice as likely to struggle with a SUD than their counterparts.

Many of these individuals who struggle with substance use disorders do so alongside other co-occurring conditions, such as depression, anxiety, compulsive sexual disorders, mood disorders, self-harm and suicidality. Contending further with serious health problems, such as HIV/AIDS, Hepatitis C and other sexually transmitted infections, is also a struggle for a significant portion of this population.

Among the transgender population, and transgender youth in particular, a recent study of substance use among transgender students in California public middle and high schools, found that they were around two and a half times more likely to use drugs than their peers.

How Recovery Centers of America Supports the LGBTQIA+ Community

One obstacle to treatment is the lack of specialized inpatient drug and alcohol options addressed to the particular needs of the LGBTQIA+ population.

Recovery Centers of America at Devon, located just outside of Philadelphia, has a caring, compassionate team, who are well-trained in treating the particular struggles of the LGBTQIA+ community. Our team understands the difference between gender and sexuality, binary and non-binary, proper pronoun usage and varying sexual classifications.

Here is what some of our patients have to say about Acceptance:

“It gives me a sense of being a part of something.” – Lexi

“This group brings me daily joy and it’s great to socialize with other units and meet new people. I feel at home here.” – Bria

It is RCA’s intent to make everyone feel safe and free to be themselves while in treatment. If you or someone you know is struggling with drugs or alcohol, please do not hesitate to give us a call now. We answer calls and admit patients into treatment 24/7/365.