Thanks to Bryce Harper, going to Phillies games just got way more expensive 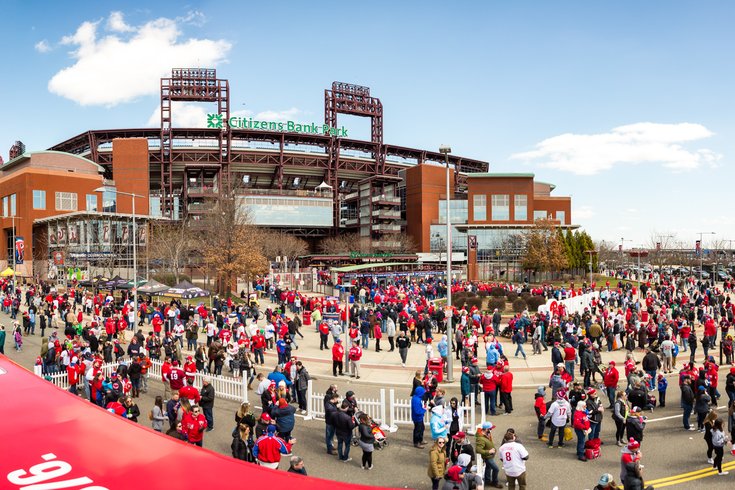 A panoramic photo of fans arriving at the Philadelphia Phillies 2018 home opener at Citizens Bank Park.

Phillies fans have been almost universally pleased with the team finally signing megastar Bryce Harper for the next 13 years. Harper’s extremely good at baseball, he’s still young, and he represents a brand new era for the city’s baseball team.

The one drawback, though, is Phillies fans are going to start ponying up a lot more money if they want to see their favorite team in person, especially on the secondary market.

Opening Day tickets more than doubled overnight when the Harper signing became unofficially official on Thursday, according to data from SeatGeek. The “get-in” price, which looks at the cheapest ticket available, for Opening Day spiked from $61 on Thursday morning to $124 (!!!) on Friday morning. 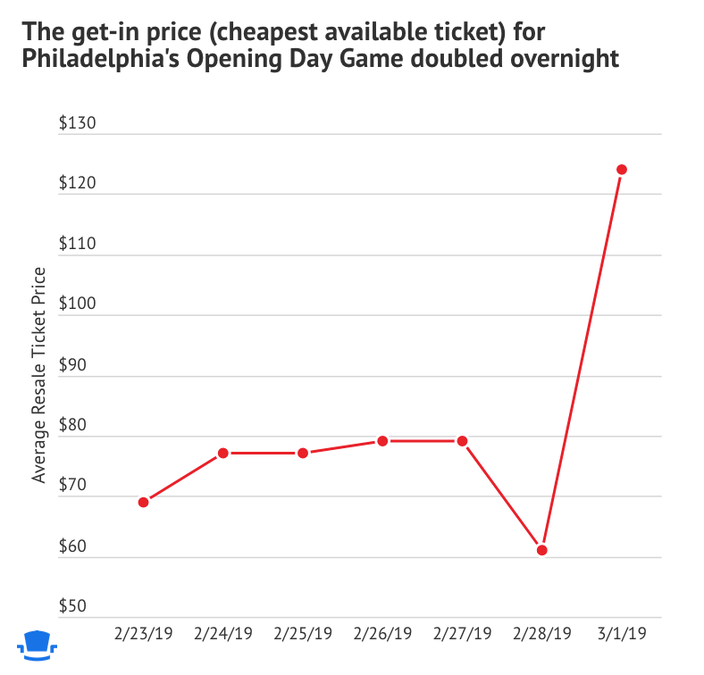 (One PhillyVoice writer, who will remain nameless, immediately regretted not buying Opening Weekend tickets before the news broke.)

The Phillies are turning into a destination team for road games, too: SeatGeek said the Phillies were ranked the 26th most-in-demand ticket on the road before the Harper signing. After the news, they jumped to 18th most-in-demand — and that could keep climbing if Harper hits a few dingers in spring training.

This all comes after the Phillies said on Friday that the team sold 100,000 tickets in the 24 hours after the Harper news broke, which is bananas.

It sure seems like baseball’s officially back in Philadelphia.

Now, imagine what tickets will cost if they go out and sign that Mike Trout fella in a couple years.